The prodigal son is a biblical parable about a man's younger son who asks for his inheritance, travels off after getting it, and spends it lavishly "in wild living." The son squanders his fortune and ends up destitute. When the consequences of his actions become apparent, he returns to his father who surprisingly welcomes him with open arms and a feast. The prodigal son is a story of truth, love, forgiveness, faith, and repentance; everything Bolanle Austen-Peters tries to demonstrate in her new film on Netflix, "The Man of God." 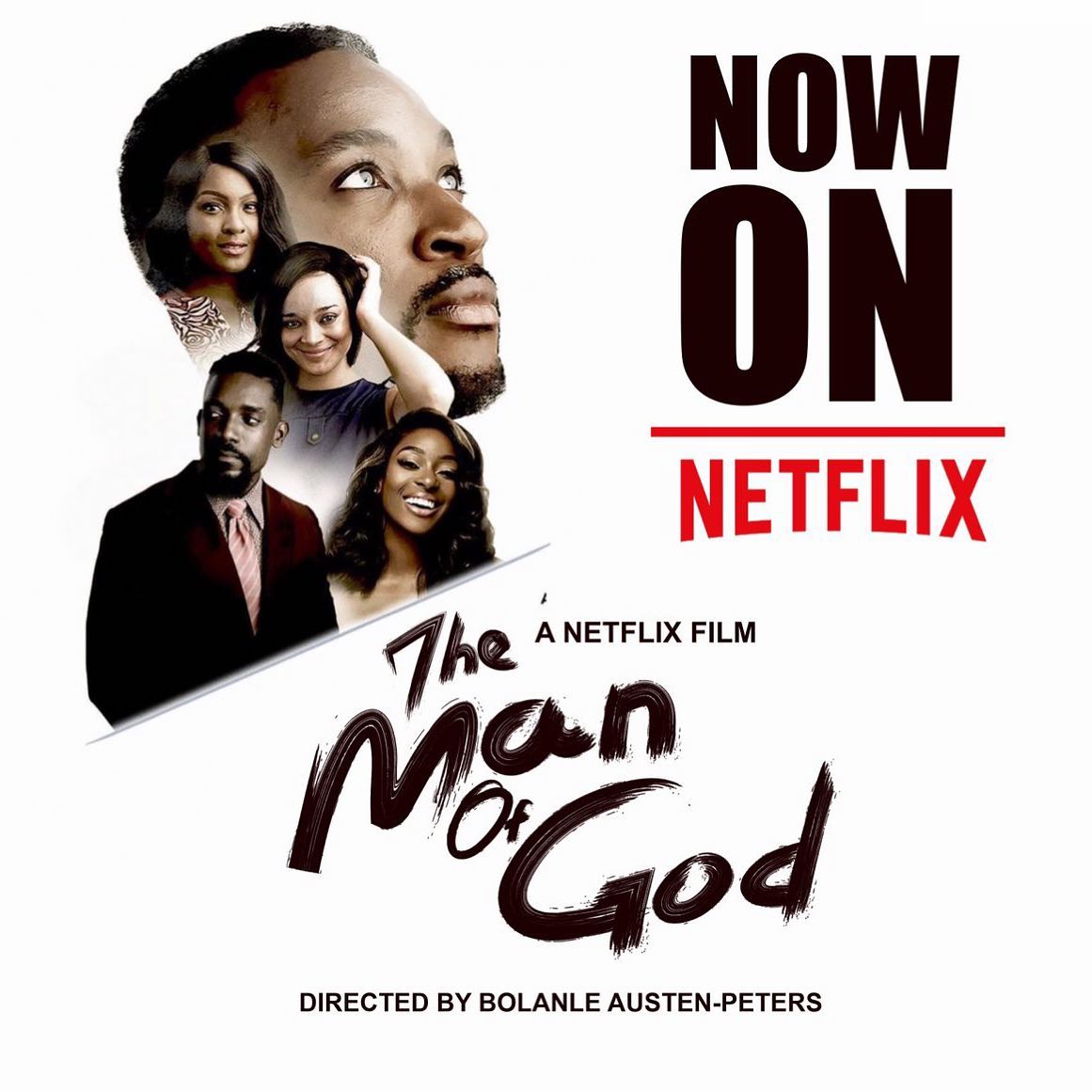 Based on the biblical account of the prodigal son, the film "The Man Of God," starring Akah Nnani, Osas Ighodaro, and Atlanta Bridget Johnson, tells the story of a man who forsakes his harsh religious upbringing to live his own life but his soul remains caught between the world and the faith he left behind. The movie was directed by Bolanle Austen-Peter who produced the multiple award-winning movie ‘93 Days' and directed the smash hit, ‘The Bling Lagosians’. During an interview with Arise TV, the media personality talked about her latest masterpiece, “I’ve been studying our society, especially this area of religiosity. I am a woman of faith, but what I found out in Nigeria is that, increasingly, people have this crazy lust for worshipping men rather than God and a lot of men are turning this into commerce and using it for personal gains. This movie is to get the message across about what is it that we are doing wrong and what can we be doing wrong as a society”

The film was released on the 16th of April, 2022. It fulfilled its promises of being a melodramatic, spirited drama, but what do Nigerians think of this Netflix movie? Some considered it to be one of the best movies of the year, while others believe it could have done much better.

It has excellent cinematography. 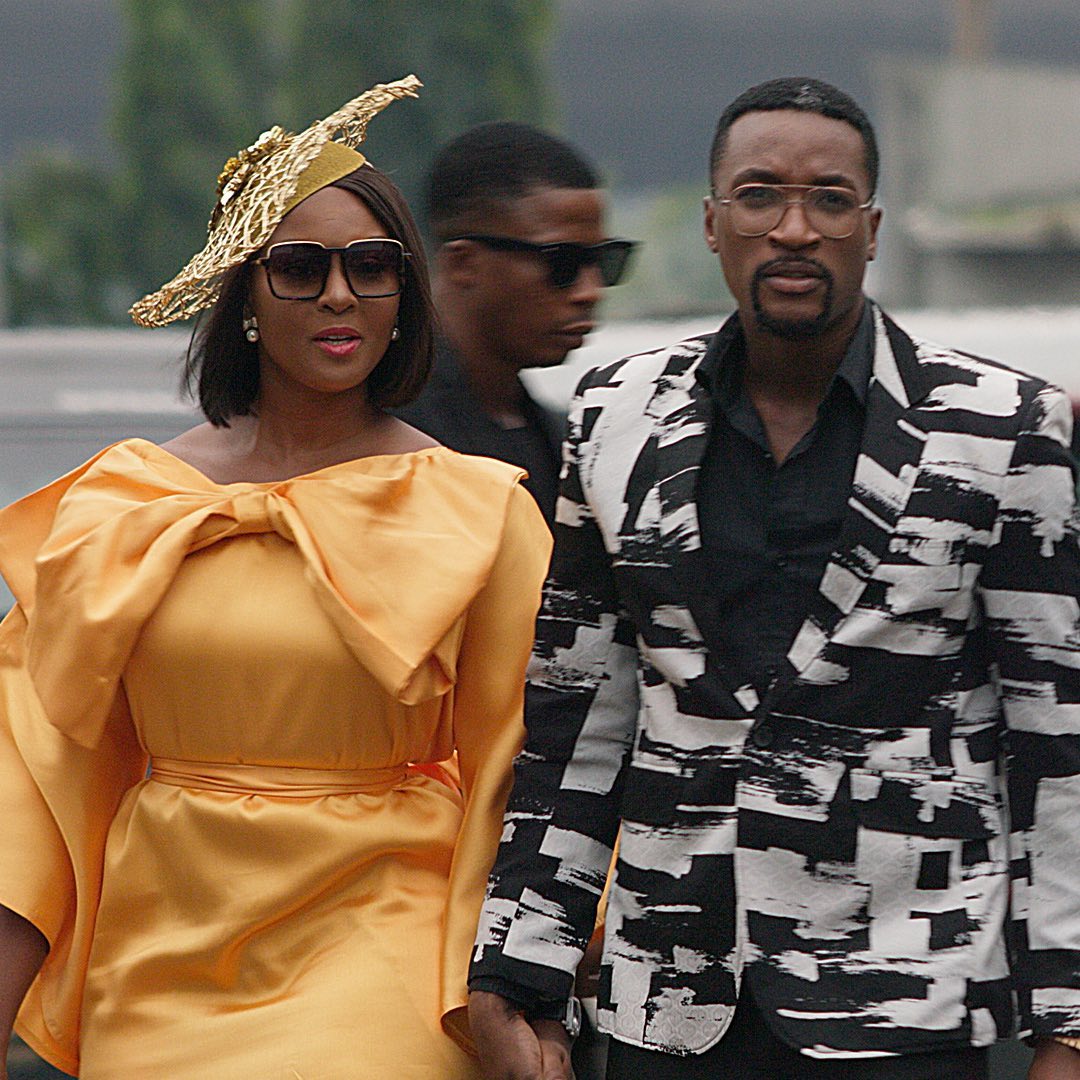 One of the first things that struck viewers about the movie was how satisfying the atmosphere and tone of the images were created to compliment the storytelling of the film, as well as how nicely the lighting was done. The film was filled with vibrant colours but went easy on the eye. It had excellent camera angles and exposure, bringing all elements together that showed the talents of the Director Of Photography, Lance Gewer. Overall, the production level was top-notch.

The scenes are confusing and they don’t add up. 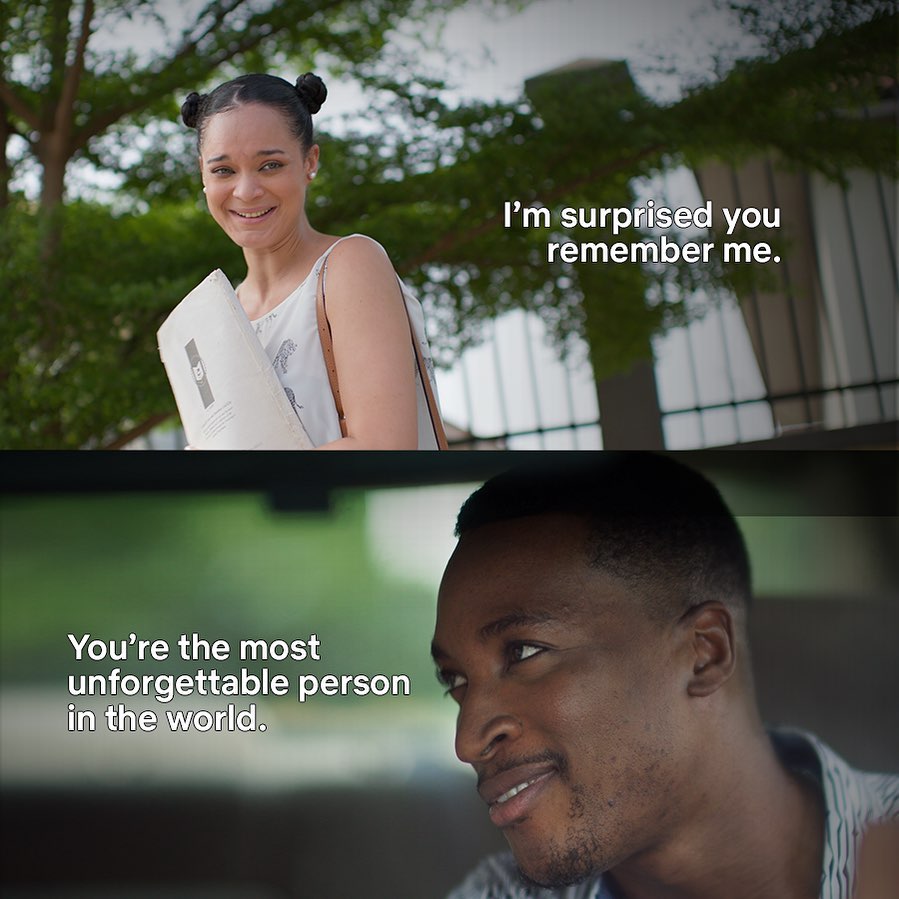 While the film's cinematography and plot were both promising, many questions about how the story was told arose, and Nigerians had a lot to say about it. For one thing, the scenes seemed rushed, as if they were trying to tell a lot in such a short amount of time, and as a result, a lot of important information was missing. Although, if the movie was a mini-series instead, some believed the film’s potential could have shone through. 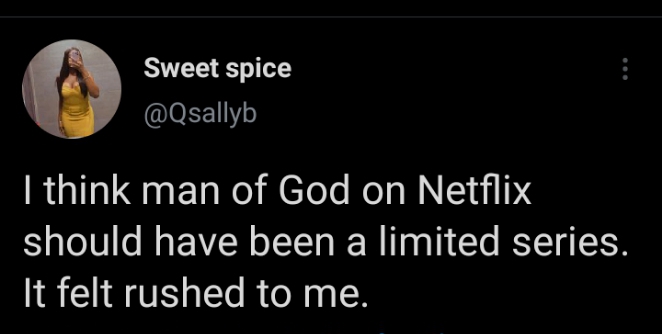 It sheds light on what's happening behind the scenes in churches. 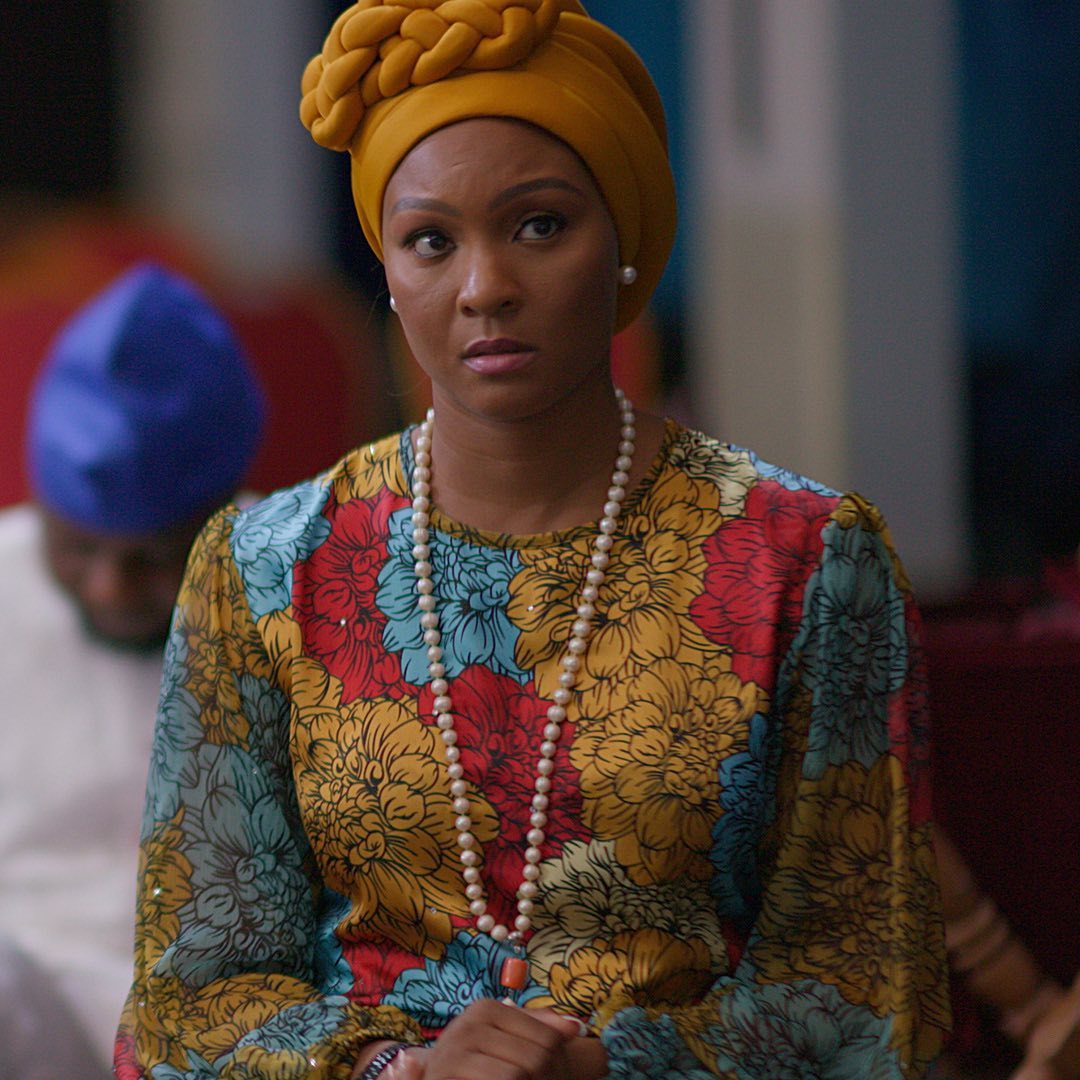 In a country like Nigeria, where religion has a significant influence in our society, there are some unreported stories in religious centres, as well as stories that the public is aware of but aren't brought to the forefront as often as they should be.  And this film reveals just that. It divulges how the church has grown more focused on making money than on serving God. It also highlights how people worship pastors or men of God rather than God, as well as the harsh upbringing that some Nigerian children face while growing up in a Christian household. Many believe the movie shows how a Christain child should be brought up; with love and understanding. Also, it demonstrates how impostor pastors get away with their wrongdoings.

Why was the “prodigal son” reprimanded but not the abusive father? 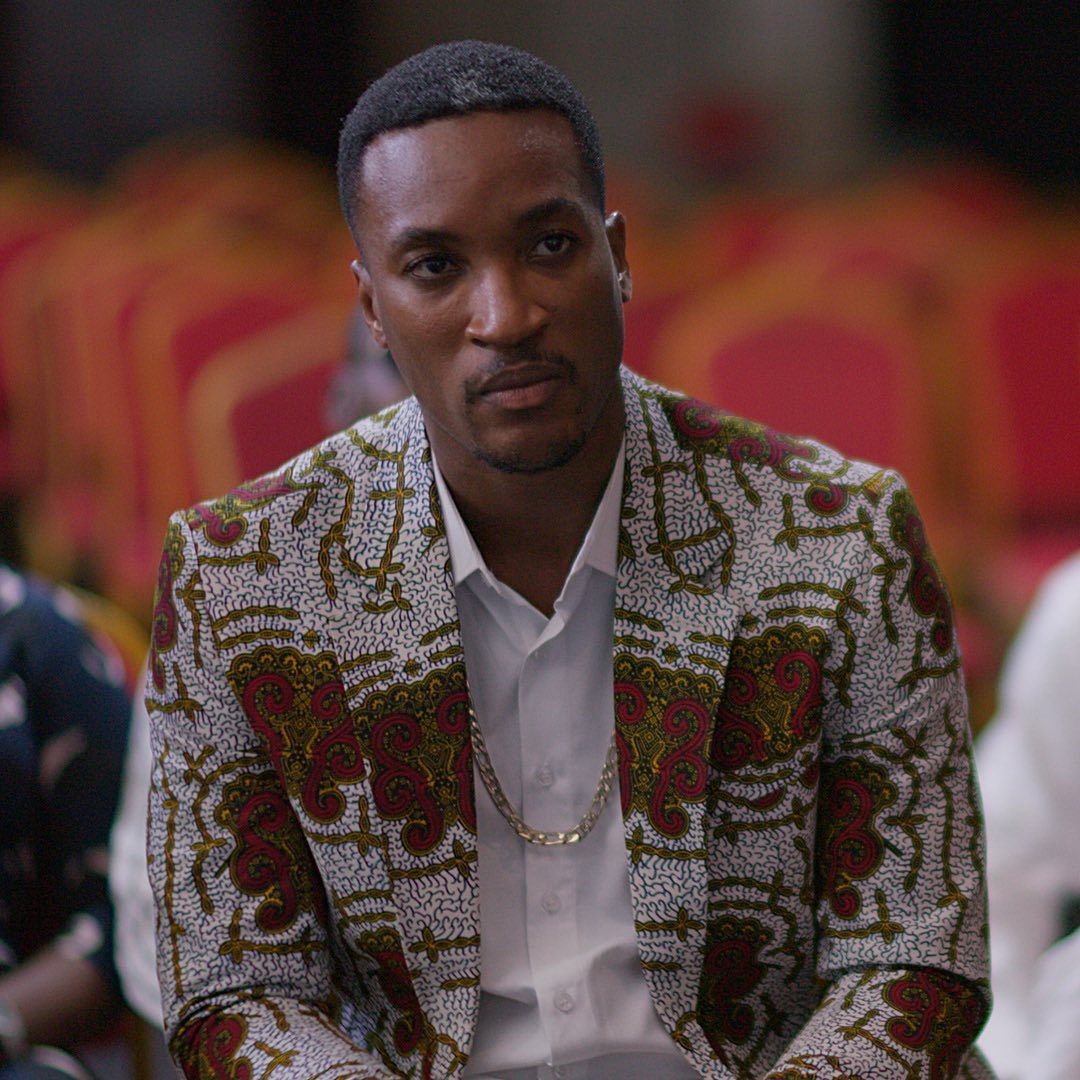 'The Man Of God’ might have exposed the fake pastors, abusive fathers, as well as some negatives of the church and Nigerians do applaud that, but it also seemed like it was glorifying their actions. And while that might not be the case, viewers think the abuse of the father not being addressed brought the impression that it was justified 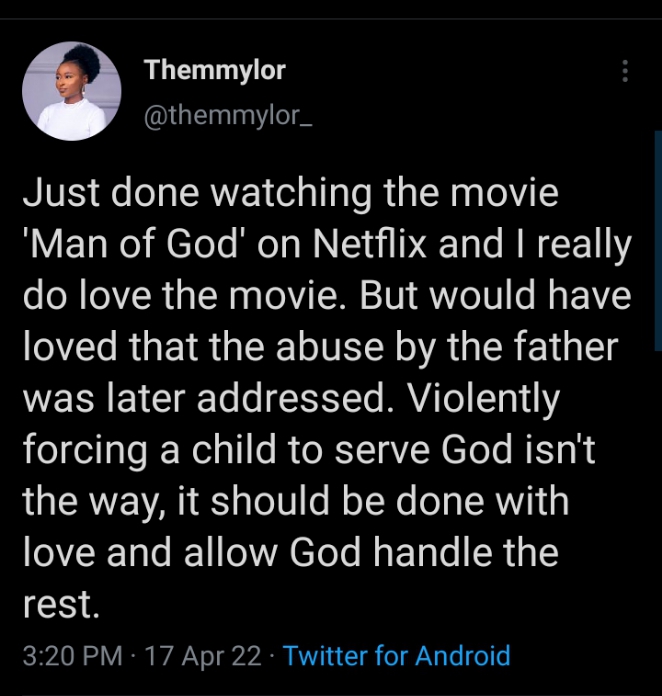 It was a beautiful drama, just not the ending. 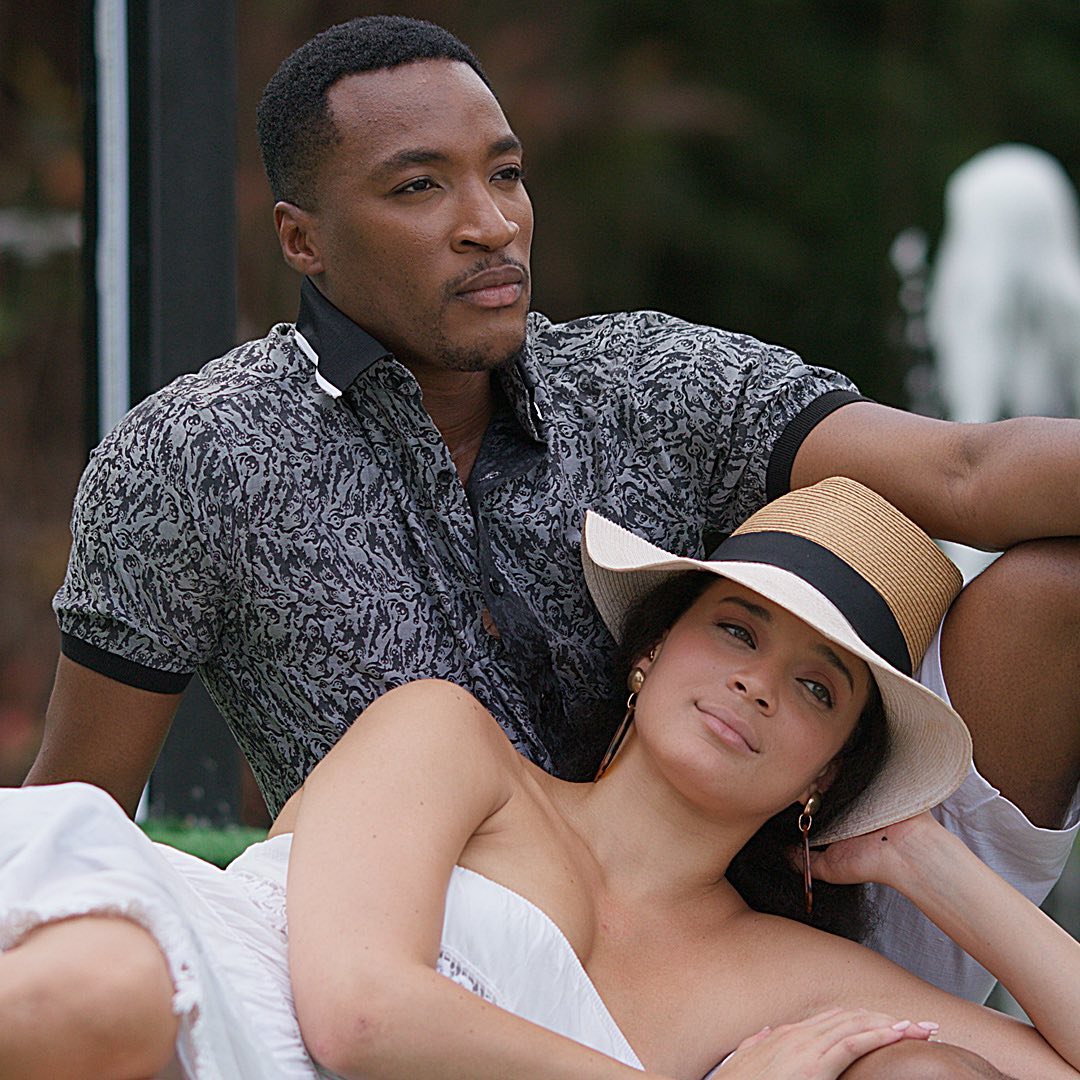 In the words of Nigerians, “It was a great movie until the end.” There were a lot of events that viewers thought shouldn’t have happened like, Samuel returning to his abusive father’s house. We know it’s the story of the prodigal son but at least the father wasn’t problematic.

It wasn’t supposed to teach a good lesson but it was a lesson nevertheless, just not a lesson we want to see. No one wants to see an abusive man and pastor be praised, right? The movie has many good parts, just not when it fails to tackle the problem of child abuse.

Akah Nnani's acting was on point. 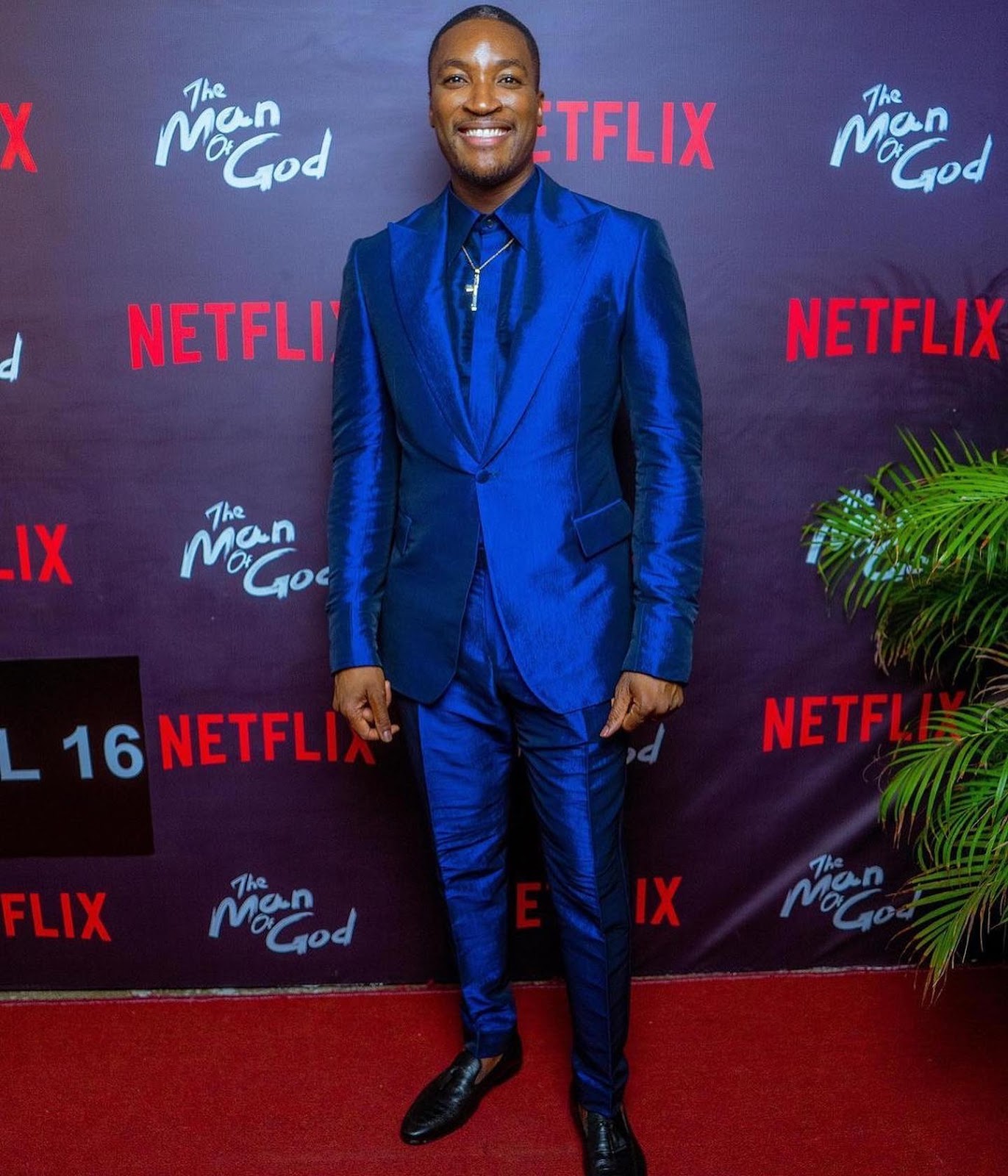 The acting in 'The Man Of God' was one of the most stunning things we all noticed; It was everything we expected and needed from the actors. From Osas Ighadoro to Dorcas Shola Fapson, the acting portrayed by the stars is something to look forward to. Though, Akah Nnani, who plays the lead character in the film, drew the attention of many. He embodied Samuel's persona and exhibited feelings that made us sympathize with him and fall in love with him. Of course, we hope to see more of this promising actor in leading roles in the future.

‘The Man Of God.’ has made quite a rave since its’ release, and Nigerians have contradicting opinions about the movie. But, what do you think about it?