Affectionately, the Met Gala is referred to as fashion’s biggest night out. It is a fundraising benefit for the metropolitan museum of art in New York City. The event usually consists of stars, creatives, and industry paragons. The institute hosted its first two-part exhibition on the theme of American fashion, in 2021 and 2022. Part one was themed “In America: A Lexicon of Fashion,” which opened in the Anna Wintour costume centre on September 18, 2021. Then, the second part, “In America: An Anthology of Fashion,” opened on May 2nd, 2022. The Met Gala returned to the event’s traditional first Monday in May slot after 2 years of covid chaos. Last year, we were mesmerized by Kim Kardashian in her Balenciaga mask, this year, we were given even more memorable looks. The theme of the Met Gala, “in America: An Anthology of Fashion: Gilded Glamour,” is suggestive of the tenets of American style and celebrates the unsung heroes of design.

The gilded age was between 1870-1900. The word gilded originated from Mark Twain and Charles Dudley Warner in 1873. Gilded signified how wealth and luxury were used to conceal corruption, unrest, and turmoil.  149 years later, the term is still very relevant, even more so these days. The World hasn’t changed for the better, it has plunged for the horse. During the gilded days, fashion was liberal with the use of embroidery on lace, silk, pleating, and sleeves. Also, exaggerated hips and waists were common fashion amongst women while long coats and cravats were popular among the men. This year though, more of the stylists were showing off their skills rather than understanding the theme.  There were the good looks and the off themed ones, whichever it was, it earned a trend. Of these trends, the following topped the list.

Kim k has always found a way to remain on top of the trends. One thing remains, regardless of how off themed or on a theme she appears, she always has a seat amongst leading trends. This year, she appeared in a dress worn in 1962 by Marilyn Monroe to sing her iconic “Happy Birthday, Mr President” song. The dress is said to be worth over 5 million dollars. According to her, she had to lose 600 pounds just to fit into the dress (which still didn’t fit zip over her butt), and she ended the day by ordering boxes of pizza, just to fulfil the dream. This had everyone talking. Typical of the Kardashians to always give people what to talk about. 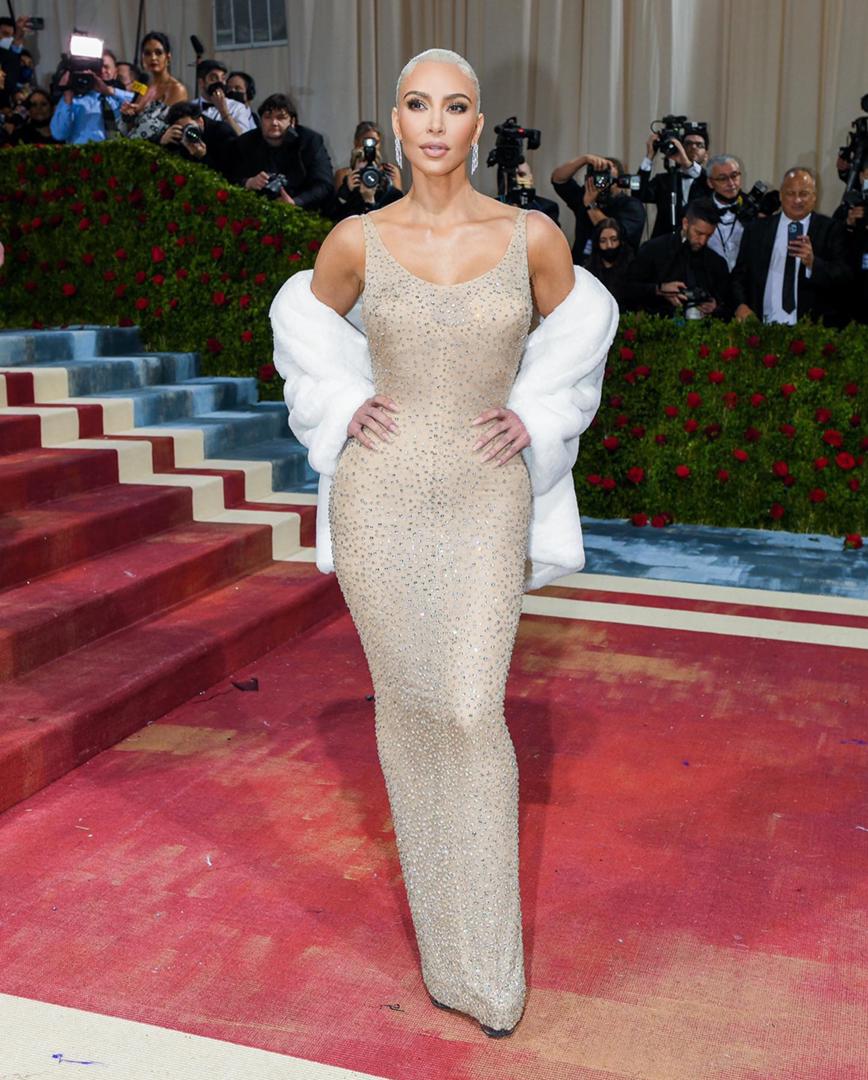 Love the entrance!  Blake’s dress was designed by Versace I marvelled when her dress changed colours from copper to blue, depicting the colours of the statue of liberty.  It was a beautiful dress and people couldn’t stop raving about it. 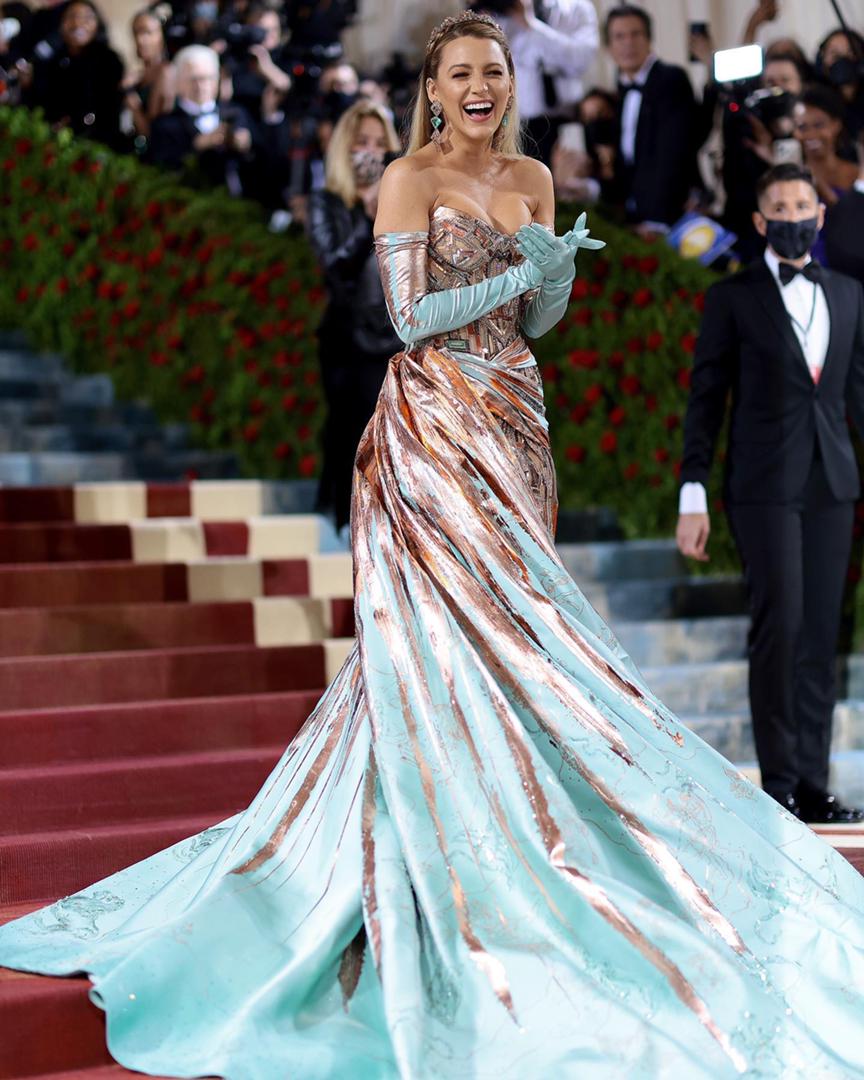 Another Kardashian giving people what to talk about.  I don’t remember face caps being available during the gilded glamour era, Kylie.  Although, she did mention that her dress was a tribute to the brand’s founder, Virgil Abloh, who died in November 2021. They were originally supposed to attend the met gala together in 2020 till it got postponed.  Her outfit earned her a troll with people asking why she went off theme. 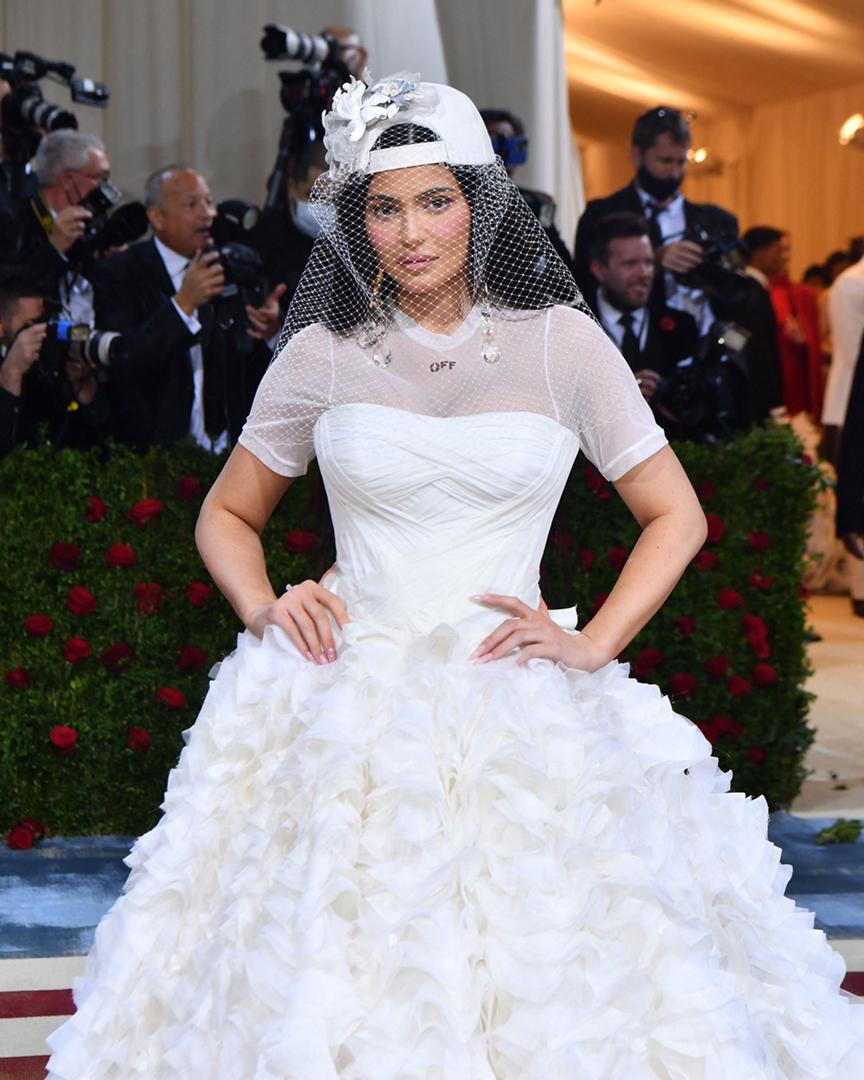 Lizzo stepped in with her iconic dress designed by Thom Browne. She further impressed the audience by playing her flute which earned her the award of best accessory for the night. it also made her one of the most talked-about celebrities at the event.  She did well with her outfit. 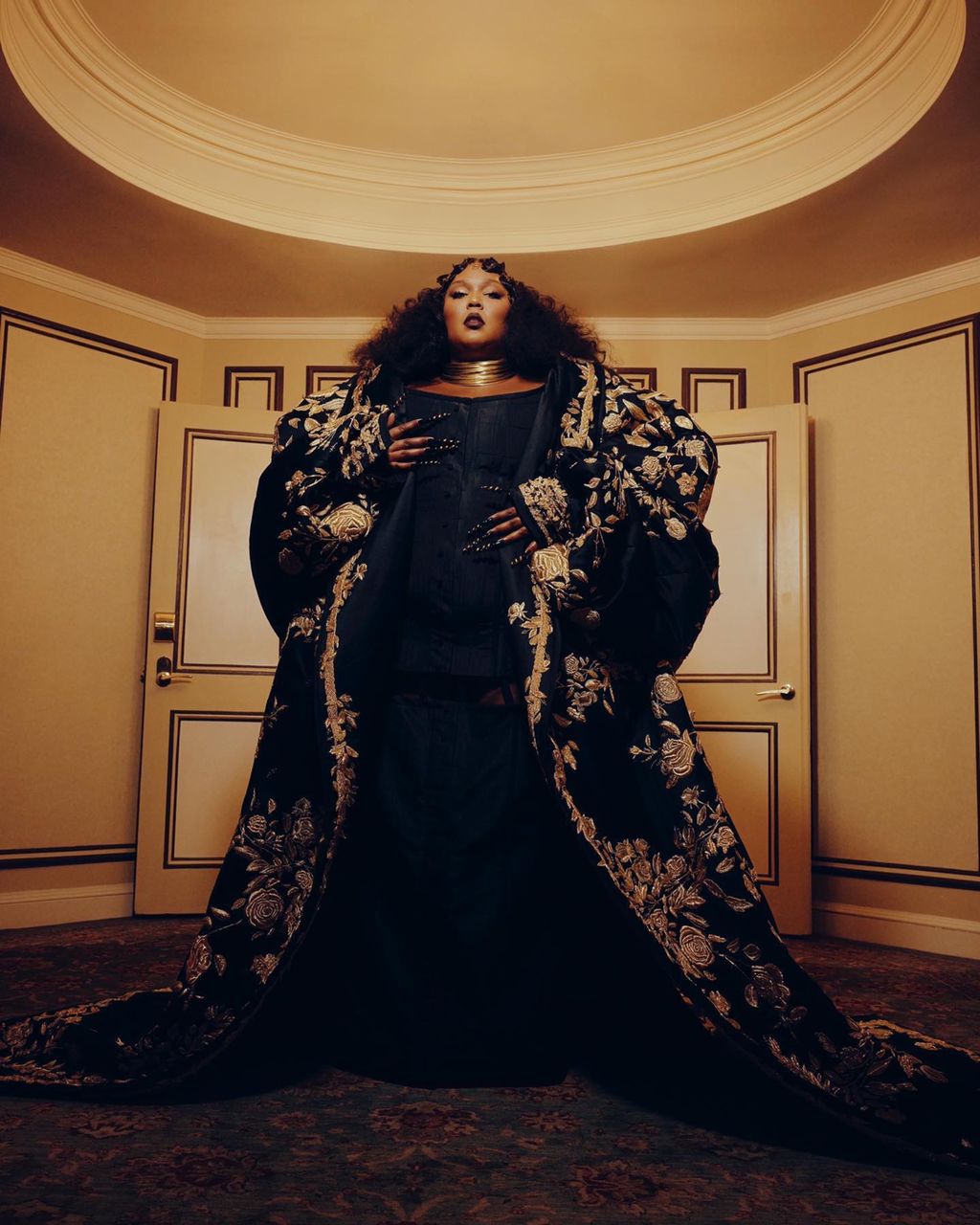 Cardi will always be Cardi. Loudly Luxurious. Pulling up to the event with Donatella Versace in a Cadillac covered in Versace logos. In her interview with Vogue magazine, she said: “The Met Gala is a competition.” Yes, it is girl! With her Versace gold dress signifying the modern gilded glamour age, she did a thing and kept us talking. 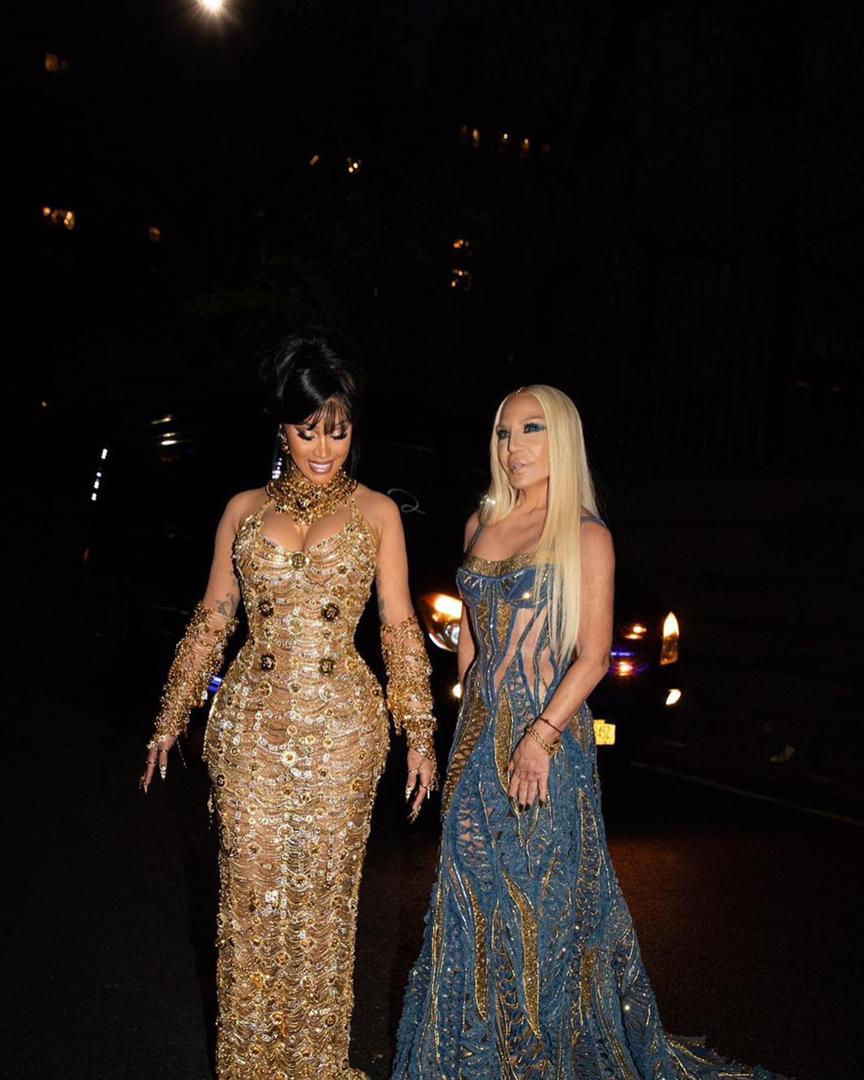 We loved the black-feathered outfit and the way it embraced the theme but even if everyone loved Nicki’s outfit and made her a trend, I still regard the baseball hat as an off–a theme. She looked stunning either way! 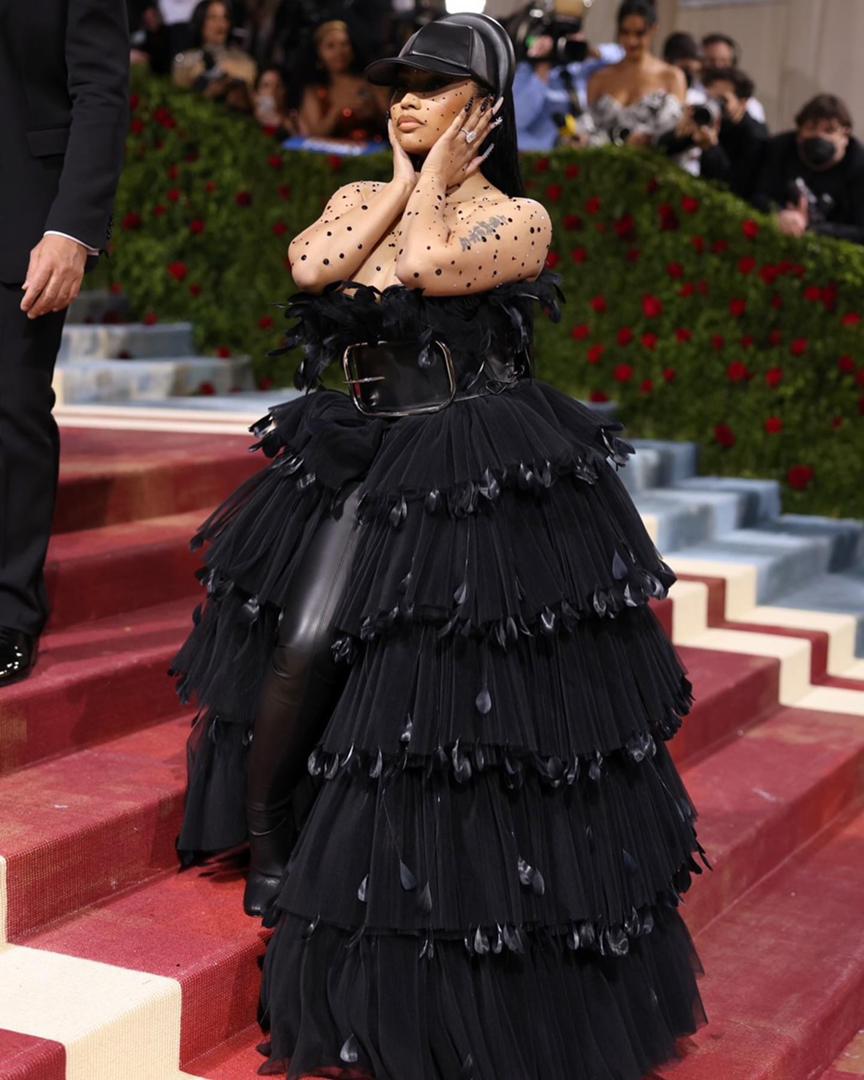 Rihanna being heavily pregnant could not attend but she did earn herself a statue in the museum straight off this month’s Vogue cover.  She wasn’t there physically but she was made to represent. (Pun intended) 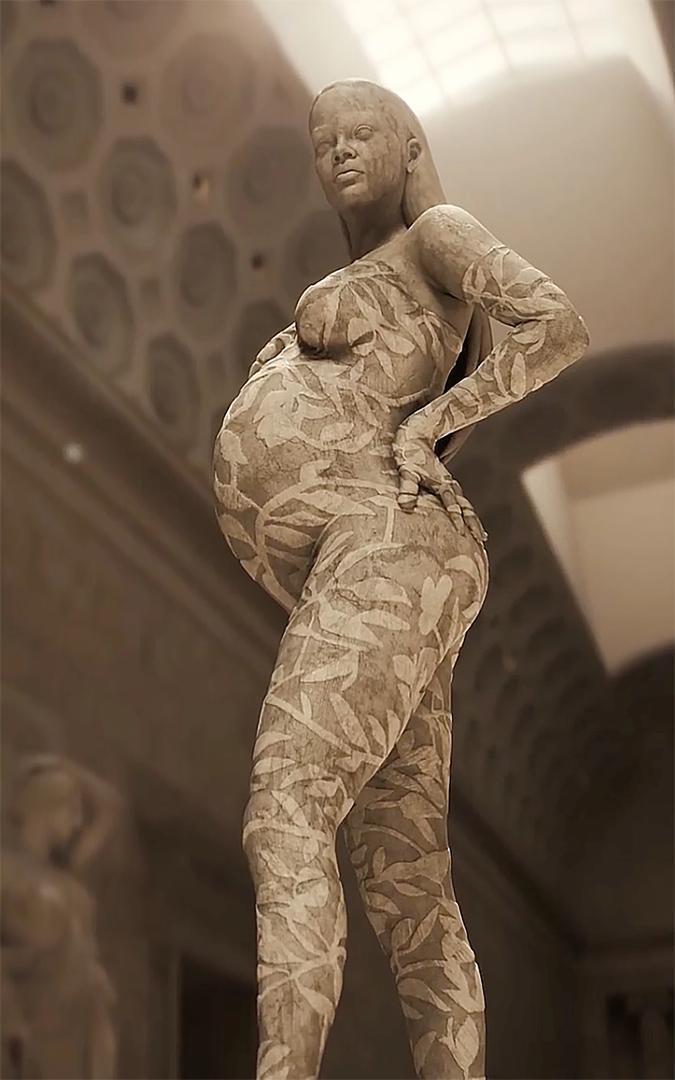 There were lots of other celebrities worthy of credible mentions: Alicia Keys, Billie Eilish, Lizzo and many more. Who would you like to add to the list?