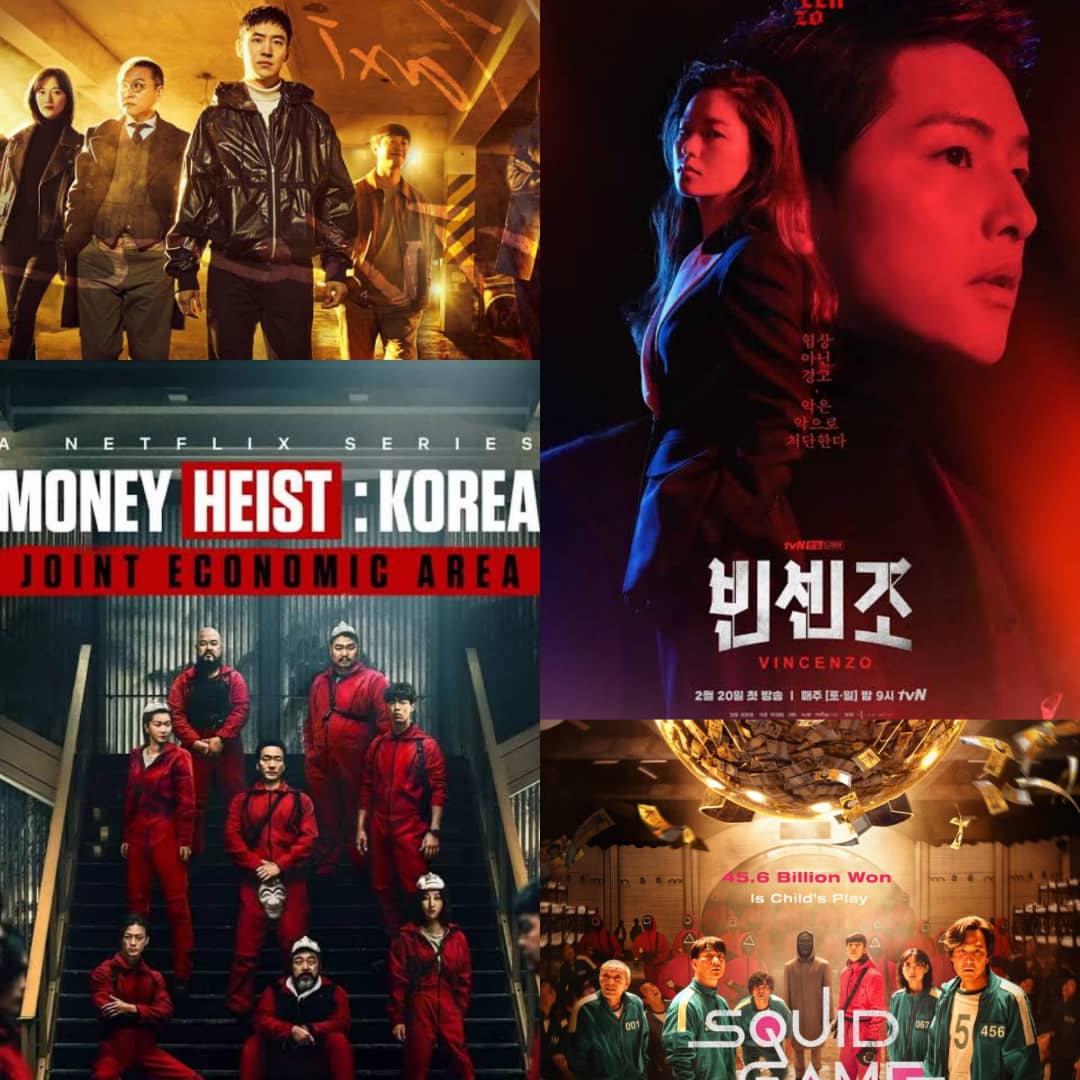 The final round of voting for the Emmy Awards begins on August 12, 2022, and the nominees of the prestigious award show reek of talent. Some of our favourite movies and TV shows such as Euphoria, Stranger Things, Ozark, and even Squid Games have earned their chance to fight for the number one spot. But Squid Games being nominated for the Emmy Awards got me thinking, what if we have more South Korean movies and drama series nominated in the Emmy Awards or any other international awards like the Oscars? Wouldn't that be a nice twist? And I'm sure you have thought the same too.

South Korean dramas aren't exactly new to the international space when it comes to award shows. With the Hallyu wave and the rise of Kdramas internationally, the art of Koreans is being recognized and their work is finally coming to light.

In 2021, the South Korean boy group survival reality show, I-Land, organised by Belift Lab, a joint company underneath Hybe Labels, was nominated for the International Emmy Awards in the non-scripted entertainment category, as well as the romantic comedy 'It's Okay to Not Be Okay' for the TV Movie/Mini-series categories.

Also in 2021, Youn Yuh Jung made history as the first Korean actress to win an Oscar for her film 'Minari' for Best Supporting Actress.  Her co-actor, Steven Yeun secured a Best Actor nomination.  The 2020 film also scored more nominations in the Best Foreign Language category in prestigious award shows such as the Critics' Choice Movie Awards, BAFTA Awards, and the Golden Globe. The movie was also nominated for many award shows. Minari had a total of 138 nominations and 54 wins.

Of course, a South Korean act that we need to deliver a standing ovation to is the 2019 film, Parasite. Starring Song Kang-ho, Lee Sun-Kyun, Choi Woo-Shik, and many other outstanding actors. The thriller drama paved the way for South Korean dramas in Hollywood award shows. Among its numerous accolades outside and in South Korea, Parasite won four awards in the 92nd Academy Awards for Best Original Screenplay, Best Director, Best Picture, and Best International Feature Film; becoming the first South Korean film to win an Academy Awards and the first non-English-language film to win Best Picture.

We can't possibly celebrate South Korean entertainment in Hollywood without mentioning Squid Games. The thriller action drama about wealth, class, and brutal children's games made massive waves in 2021 when it was released on Netflix. It became the first non-English-language series and the first Korean series to be nominated for Outstanding Performance by an Ensemble in a Drama Series. Lee Jung-Jae became the first Asian actor to be nominated for SAG Awards and HoYeon Jung became the second Asian Actress to do the same. Squid Games also made history in many awards; Yeong-su, who played 001, became the first Korean actor to take home a Golden Globe in the best supporting role category.

So, the final voting of the Emmy Awards got me thinking, what if other Kdramas were nominated and not just Squid Games? What if we had more Kdramas in Hollywood international award shows? So, here are six awesome Kdramas I personally believe deserve international awards.

Is there any drama as nostalgic and portrays youth, family, love, and friendship as Reply 1988?  I cried a few times while watching this show, not because it had sad moments or because it told a heart-rending story— It wasn't at all those. Reply 1988 is the true definition of comedy. Every episode makes you gasp for air because you have laughed so much from the impressive storyline and bittersweet moments. That's what made me shed tears, the perfect mixture of pleasure and pity. Reply 1988 shows you the simpleness of life and connects you to the story of five friends and their families who grew up in the same neighbourhood.

The series deserves an award for how it successfully turned a simple everyday story into a masterpiece. It's one of the most relatable dramas I've seen and it made me feel like I knew the characters personally and I grew up with them too. Not all drama can give you that feeling.

The horror-apocalyptic drama was on the tip of everyone's tongue when it was released on Netflix in 2020. With a total of 10 episodes, the extremely gory series went straight into our hearts, with its plot twists, incredible fight scenes, and swoon-worthy characters, and it left us at the edge of our seats, biting our nails as we waited for the events to unfold.

The drama tells us the story of humans turning into savage monsters and how a troubled teen and his neighbours fight to survive. Everything about this series is terrific. From the characters to costumes, and cinematography, everyone played their part well and delivered talent. It's also how they brought characters that we have seen before and gave them a development worth witnessing. An excellent watch that definitely deserves a place in international award shows.

If you are looking for a disturbing drama with an incredible plot twist that will leave you shocked and possibly make you freeze for a moment wondering, 'what did I just watch?' Strangers From Hell (also known as Hell is Other People) is the perfect fit for you. It's also something that you wouldn't see in every film production and that's why the show deserves international award recognition.

Strangers From Hell is a compelling psychological drama with the most basic story on the surface. It's about a young man who moves from the countryside to a cheap apartment in Seoul and has to share everything with his neighbours. What could go wrong right? Except for the fact that a neighbour stares at his door with a knife in his hands, the landlady feeds him rotten eggs all the time, another neighbour is always watching him even on his way to work, and they might be eating meat that isn't from animals. The drama has the most unexpected twist and turns with characters and acting performances that will make you glued to your screen.

With just 8 episodes, My name is shorter than other Korean dramas but it is a brilliant representation of gangsters, vengeance, and crime. My name follows the life of Oh Hyejin (Han So-hee) who joins an organized crime ring and infiltrates the police as an undercover agent to find the truth about her father, whom she believes has been killed by the police.

The thriller-action drama is full of violence, spine-breaking fights, and a gem of a surprise. The roles were perfectly portrayed by the actors who never did too much or too little. The directing and cinematography were one to give kudos to. South Korea simply proved itself to be at the top in the action-thriller genre with this series. The soundtrack used in the drama is also one of the best things about My Name. Every single scene blended perfectly with the song, the lyrics, and the overall intention of it. I definitely saw it winning best soundtrack in international award shows.

The movie is about a zombie virus that breaks out in South Korea and how passengers on a train struggle to survive on their way to Busan, which is the only non-affected area in the country.

Many see it as the best zombie movie to date, others see it as a film that finally added spice to zombie films. Train to Busan has scary zombies and gory scenes but it wouldn't take your eyes away from the screen. With excellent casting, characters that you will love and hate, and a beautiful storyline, this movie gave us an unforgettable experience. It is paced well but gave us a rush of adrenaline. Train to Busan was simply that twist we needed in zombie films.