From 'The Wedding Party' to  'Elevator Baby' and 'King of Boys', we have been having back-to-back hits of cinematic pieces and now, Nollywood has started a new journey with Netflix. 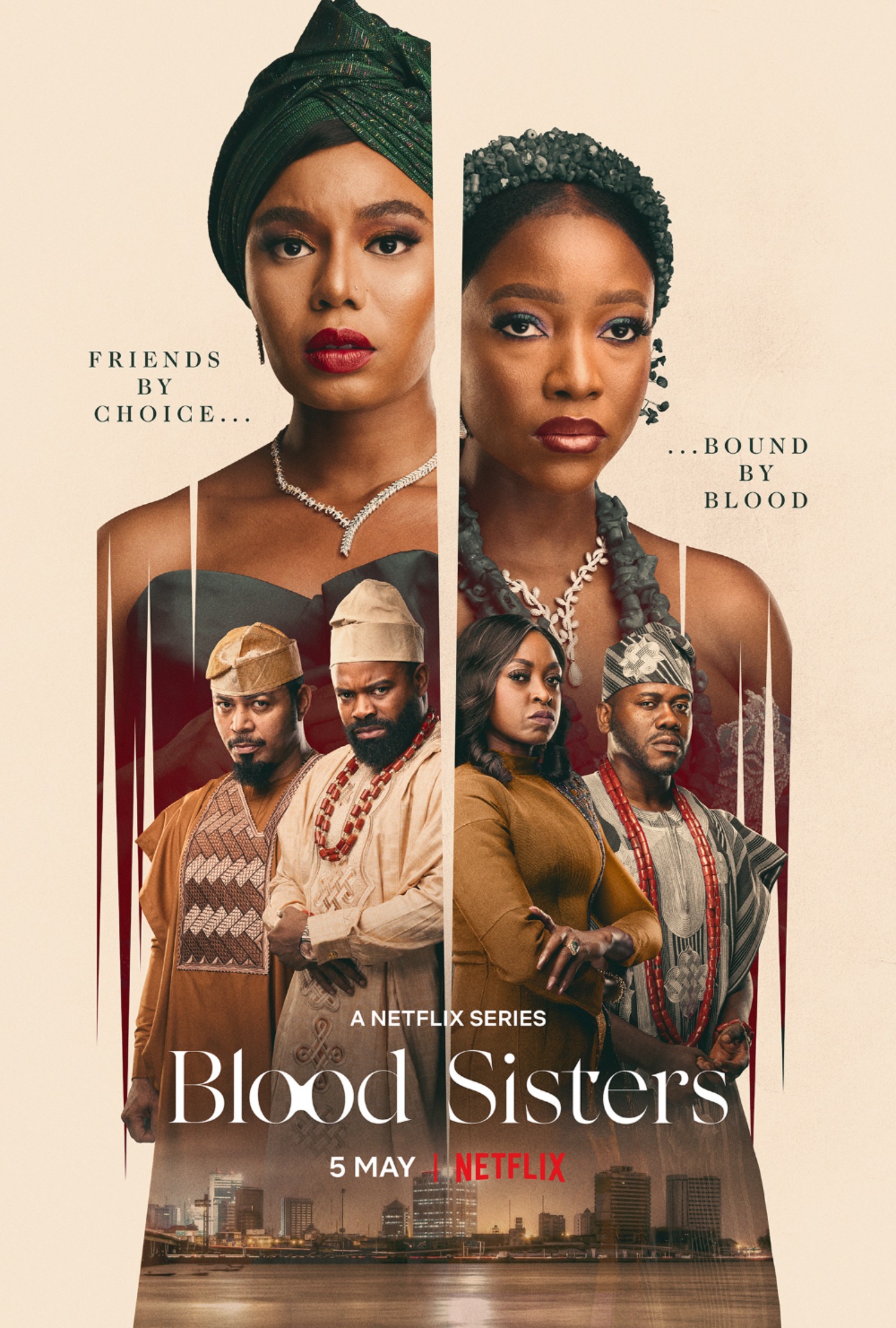 Over the years, Nigeria's entertainment industry, known as Nollywood, has been producing some of the biggest blockbusters on the continent. From 'The Wedding Party' to  'Elevator Baby' and 'King of Boys', we have been having back-to-back hits of cinematic pieces and now, Nollywood has started a new journey with Netflix, one of the biggest TV studios and streaming platforms in the world. It's no wonder Nollywood is the second biggest film industry after Hollywood, crazy, right?

Prior to the release of 'Blood sisters', some Nollywood produced movies have been on the streaming platform, Netflix but none of those has been produced by Netflix. Fortunately, some of Nigeria's biggest storytellers thought it was time Nollywood hit the global scale and market itself to a wide-ranging audience, with the promise that this show on love, friendship and family will reach greater heights. Turns out, they were right! At the time of recording, 'Blood Sisters' is #1 in Nigeria and top 10 in over 20 countries, including Trinidad and Tobago, Jamaica, South Africa and the USA.

Netflix's first original TV series, 'Blood Sisters' directed by Kenneth Gyang,  is set in Lagos, Nigeria and follows the daring and dangerous adventure of two best friends Sarah (Indima Okojie) and Kemi (Nancy Isime) as they prepare for the former's engagement ceremony but what started as the supposed happiest moment of their lives, ends in abuse, blood and death when the groom (Deyemi Okanlawon) abuses Sarah in the night of their wedding. If the synopsis of this series piques your interest, then you should see what was done with the series itself.  One word.  Mind-blowing.

The four-part series delivers an irresistible blend of domestic thriller, dark twists and social criticism, as it gives us a look into heavy themes such as abusive partners, and drug and alcohol addiction. 'Blood Sisters' is produced by EbonyLife Studios, and as we all know, when EbonyLife and talented producer, Mo Abudu is involved, we should expect a masterpiece. Abudu tells Variety magazine she's on a quest to make local stories global and we can't wait to see the idea this creative personality comes up with.

Abudu further says to Variety “The themes are universal — you’re dealing with domestic abuse, dysfunctional families — but it’s actually something we’ve taken ownership of, using our culture and our traditions to tell the story in a way that makes it more authentic,”  in bringing Nollywood stories on the global scale she says,  “We want it to do well in Nigeria, because of course it’s a very Nigerian story, but we believe the world is ready to take on these Nigerian stories in the global space…The time is [right] now where something from Africa does hit that note with international audiences.”

What fans are saying about Netflix's 'Blood Sisters'

Prior to the release of 'Blood Sisters' on 7th May 2022 on Netflix, Nigerians have taken to the streets of social media to express their thoughts, and high hopes for the series and some didn't expect much. Of course, once it was released and people streamed, it became a rave and we can't stop talking about it. From cinematography to the cast, directing, costume and story execution, everything was superb. A solid 10/10.  Personally, not so many Nigerian series can keep up awake till early morning, but this one did. Did I develop a massive headache by sleeping late? yes. Is it worth it? Definitely. Thankfully, people seem to have the same enthusiasm I have for this TV series. I mean, who wouldn't? This is also the series that made a lot of people renew their subscriptions with Netflix, because of how promising it is and how perfectly well the story unfolded.

The friendship depicted in the series is also something that is greatly admired. "If you are guilty, I am guilty." Those words melted my soul into a puddle! Sarah and Kemi, although with different personalities, were the perfect pair and they had each other's back even in the most dangerous of times. Even when it seemed someone might betray the other, it didn't happen and they took the hit for each other.

There's also the make-up look that blew our minds away and was so brilliantly done. The show had two injuries; one with Uncle B and the other with Princess, one of Kola, the groom's exes. Uncle B had a third-degree burn and Princess had a wounded eye, leaving her with just one eye and both looked real. I had to ask myself if they were really injured.

Firstly, petition to create a fan club for Genoveva Umeh and call ourselves 'The Generators.'? I absolutely loved how Genoveva bodied the role of eccentric and youthful Timeyin. She's an upcoming actress in Nollywood, and it made us think, where has she been and why is she just being viral? Genoveva executed her role perfectly and I will be looking out for new dramas she will feature in. In fact, I'll be in the search for new projects by every cast in the show, because Netflix really said "Let's fill this place up with talent."

Since the premiere of the show, Nancy Isime who plays Kemi, is a name that is on everyone's lips. She killed her role like her rent was due and I am glad we witness Nancy grow from HipTV's IT girl to Nollywood's IT girl and the favourite actor of many. Nancy Isime's versatility is also the talk of the town. We saw her as the sweet and supportive best friend and the bad-ass, ruthless and smart Kemi. Kemi wey no dey dull face. And Indima Okojie is the perfect match to complete this iconic duo. We saw her emotions and thoughts written in her actions. She made everything look and feel real, and she made it seem effortless, but we all know the hard work she put in to tell the story of Sarah.

Today, we celebrate a win for Nigeria that is 'Blood Sisters'. And the Minister of Information and Culture testifies to this during the launch of the TV series.  "As you are aware, Netflix is an international streaming service, a platform where we have about 242 million subscribers from 190 countries." He tells NAN after the premiere of the series, “What this means is that 242 million subscribers will be watching this series which is about our environment and the setting is in Lagos. I believe it is a big plus for our creative industry. It is not easy to get your movie on Netflix not to talk of series which is a movie in many parts.”

Overall, 'Blood Sisters' is an excellent TV series that will have a place in everyone's heart, including mine. And for the next few days, I definitely won't be getting over it.