The Art of Saying No to Urgent 2k

Every now and then we have people who come to us for money - from urgent 2ks to small loans, to contributions for ceremonial activities etc. 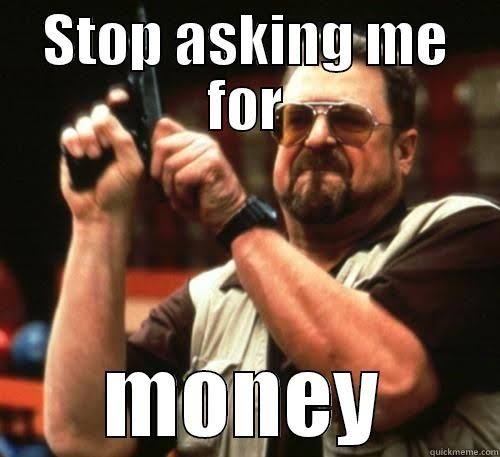 “Yes” and “No” are two of the most powerful words in the English language. As short as they are in both spelling and sound, they carry a ton of weight and can crush or elevate your soul depending on the response you were expecting. “Yes” is often perceived positively, while “No” is considered to be its negative variant. However, it comes as no surprise at all that in appropriate instances, a simple "no" can mean more hours of sleep, more time for important tasks, more time for family and even more money in your account – this is the kernel of our discussion today: how to save money by saying no.

Every now and then we have people who come to us for money - from urgent 2ks to small loans, to contributions for ceremonial activities etc. (then there’s another category of persons who feel entitled to other people’s money for no reason at all, they are just there to bill you). These requests for money can be subtle or overt, and a lot of times, these money requests come from people who are close to us; and more often than they make these requests with promises to pay back (and many times they don’t).

I am in no position to tell anyone who they should or should not give money to, but within us, we always get a certain feeling when we want to do certain things and I believe these feelings are the ways our minds protest against some of our actions and inactions.

Do you get that uneasy tightening in your chest when someone materialises from nowhere and asks you to lend them money? Does this feeling get worse when you begin to conceive the thought of saying no? Does this feeling linger on even after you’ve given out the money? This is a clear indication that that money should not be given out in the first place. This should not be confused with a similar feeling you get when you have to go out of your way to come through for someone financially in deserving circumstances. In such an instance, you know getting the money was hard, but you also know that giving it out was worth it. Now this is the difference - that money you spent or gave out because you were unable to say no, was it worth it?

When should you say no to others?

When should you say no to yourself?

Other effective ways to say no:

As humans, a lot of us struggle daily with the overwhelming need to fit in or belong. We do not want to be seen in a bad light, we want to be seen as kind, caring, sensitive, polite, understanding, or even generous – these and more are the things that make us human actually. But then, saying no is an important survival skill, especially in our world today where time and money never seem to be enough. Giving out money in this Buhari economy should be considered an extreme sport and if for justifiable reasons you have to say no, be prompt with your response and resist the urge to apologise or give unnecessary explanations.