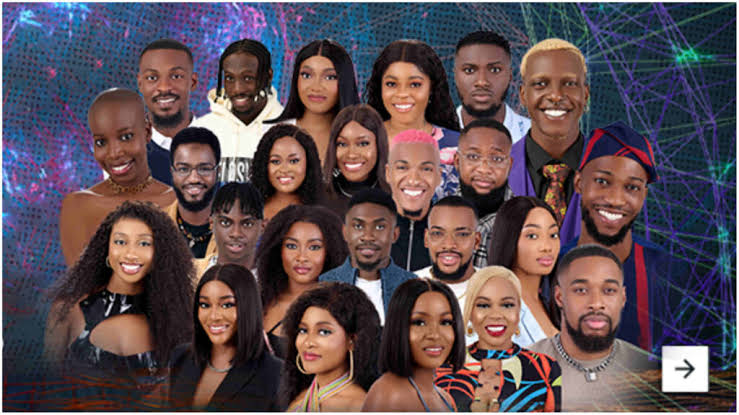 The seventh season started with a lot of expectations from fans. We wanted drama, we wanted action, we wanted violence! And piece by piece both Big Brother and the housemates are striving to make sure they give the audience what they want.

It's been three weeks since Big Brother Naija Season 7 started and the street is still buzzing with talks about the housemates. And with the looks of it, the popularity of the show is not dying down anytime soon.

The seventh season started with a lot of expectations from fans. We wanted drama, we wanted action, we wanted violence! And piece by piece both Big Brother and the housemates are striving to make sure they give the audience what they want.

Whether the comments they get are good or bad, it all boils down to the audience and what they think about the show. Is this the best season so far or is it the worst we have seen?

So, we did our homework and brought you some of the spiciest things Nigerians are saying about this season of Big Brother Naija.

I'm simply in love with this year's season. In just two weeks,and a lot is already going on. So much content to take in. At some point, I was like 'abeg, Bigi, just choose anyone as the winner and call it a day.' because I was surprised about how many things have happened in such little time. Unlike last season, where we had to wait for a while before anything interesting happened, this season, a lot of things happened in just a week! So yes, it's the best season of the show.

Mariam, 20: Here for the drama

I anticipated the seventh season of Big Brother Naija for one reason and that reason alone. The drama. And I got it. In fact, I don't think any other season has exceeded my expectations the way this season has. This season, we had housemates who didn't come to dull our vibes and everyone played their part well, no matter how silly their actions might be. It's not a good thing, but this is the first time a housemate is being disqualified in just two weeks. And to think the housemate that got disqualified was one of the most loved housemate this season, who had a very strong potential of winning the show. It's really sad Beauty had to leave very early, but still, she gave us the drama we were looking for.

Tunde, 22: Tired of the love triangle

Of course, with every season of Big Brother Naija, comes love and relationships. That's something we love to see though. It's something we are always expecting. But this season's housemates might be going a little bit overboard with it and it's getting tiring. In fact, the love triangle between Groovy, Chomzy, and Phyna is enough stress— Eloswag is also in this mix. It's like the housemates are here for one reason only— relationships. And everything else, including the price, is thrown out the window. This season has the potential to be a really good one but all they do is get into relationships and that's tiring to watch. There's more to this game than finding a relationship. If the housemates don't figure that out, then they belong in the least interesting season of the show.

I don't understand this season. I don't understand what Big Brother is trying to do or where he's leading the show by separating the houses and putting the housemates in different houses. People might think that's a smart move in terms of social experiment, some might think Big Brother is up to something exciting by separating the housemates. But, I think it's just a silly move and it doesn't make any sense. The worst part about this entire thing is how the Head of House and eviction process is structured. The level who wins Head of House has the power to nominate people from the other level for possible eviction. And that's okay but level 1 keeps winning Head of House and that means level 2 housemates are being evicted every week, while the people we don't want in level 1 are still there. There's no sense of fairness and things just don't seem right.

Chinelo, 23: In love with the Level 2 housemates

To be honest, I didn't really care about this season's Big Brother Naija. I didn't have plans to be so invested in it. I didn't even want to watch it. But when it started, I decided to just sit and watch the housemate arrive. The first housemate that was introduced, Groovy, was the first person who made me think 'Let me just see what will happen' then the rest of the housemates in Level 2 came in and I was blown away immediately. They were enough to make me change my mind about not watching this season's Big Brother.

They all have amazing personalities. They know what they are here to do and it is obvious they will give us a show. We haven't seen people like Phyna and Amaka in the show before and I love that!  I also love how the housemates in Level 2 relate with each other, like a family.  People outside call them 'trenches' and unknown to them, they really act like that! But we love it!