How To Be TikTok Famous With Softmadeit

Jerry Chuks (popularly known as SoftMadeIt or the Golden Boy) is one of the hottest Nigerian TikTok sensations right now. Famous for his smooth dance moves and fun TikTok’s, Soft has been reposted by thousands of fans and celebrities such as Burna Boy and Davido. 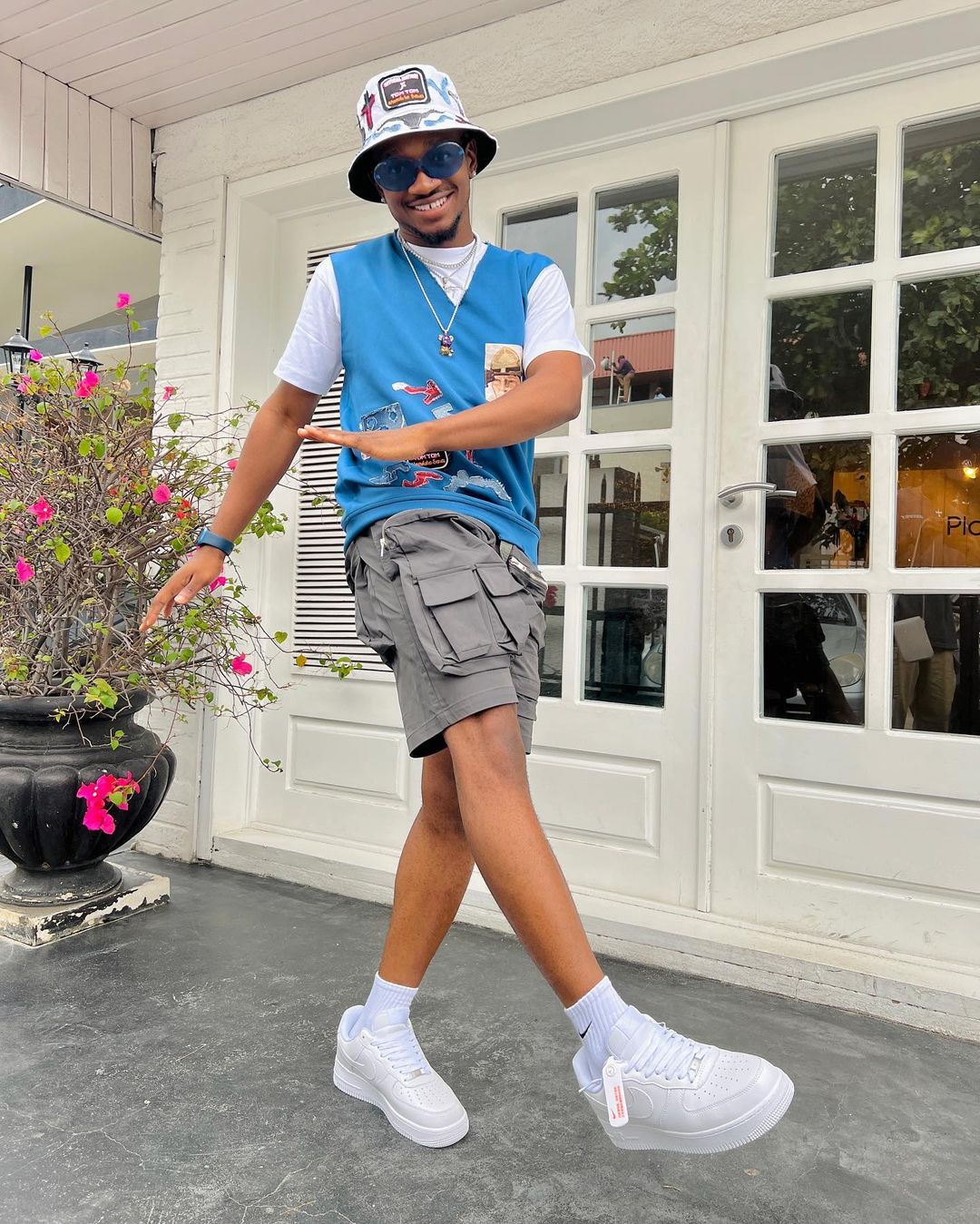 Even though Soft is popularly known for his agile and smooth dance moves and personal style, he has a range of talents that you may not know about!

It should come as no surprise that the Golden Boy produces beats and music in his spare time. In fact, he has been producing beats on the side for over 12 years! If you’re wondering how Soft got his name-this is where it came from.

Starting music in his school days, Soft, (then only known as Jerry) was producing beats for himself and other people. The beats were always top-notch and the sounds soon became tagged as “soft”. Added to the fact that Jerry’s personal style was always on point and he was popular for not liking stress, the name gradually caught on. With his current success in music and social media, we can truly say “Soft Made It”!

Speaking on his original career path, Soft tells us that if he wasn't a dancer and musician today, he would have been an athlete. We’re certainly glad to have him gracing our screens with dance and music so we wouldn’t have it any other way. Talking about his dancing talent, it came as a shock to us to find out Soft had been shy as a child! Recalling times when he would shy away from dancing at birthday parties as a kid, he tells us some maternal advice that kept him going,

At the time of this advice, Soft was just 10 years old and we’re glad that he has stuck to it!

This support, however, was not as simple when it came to being a producer and a media sensation. Just like many typical African parents, Soft’s parents were not supportive of his alternative career and wanted him to focus on school. It’s good to know though, that they became more supportive after discovering that their son wasn’t just idle and was actually making money from his endeavors.

Speaking about becoming TikTok famous, Soft says that it was never his intention to become famous! On his then unsuccessful TikTok account, he says,

“I was pushed to open a [TikTok] page by another page on TikTok that was posting my dance videos and getting almost 10K followers!”

After this, he started posting his comedy and dance videos on his own page and even though at the beginning, he got low views, a video of him singing Can somebody call my name blew his low followership to 200K views in less than an hour! Currently, that video is on 3.5 million views! From there, his account started growing bigger and bigger.

With his first post in late November 2020, he has gone on to become verified on TikTok and has reached 3.2 million followers with over 43.3 million likes and thousands and thousands of fans!

To be successful, you have to be a go-getter. Soft tells us,

“In what I do-my dancing and anything entertainment in general-a lot of my mates have stopped and they ask me ‘guy, how do you do it?’ and it’s because the end game is not money or fame, money is just 50%. I have a lot of passion for what I do. I just want people to get to know me and for me to be recognized for my talents, I want to touch people’s lives and I want to make people smile”

Though the Golden Boy is known for his unstoppable energy, he has considered ending his dancing and media career two separate times! On the first occasion, he had been discouraged by a family crisis, and the second time was because of school.

On this second time, he tells us about an encounter with the late dancer, Picture Kodak, that lifted his spirits. “She didn’t know me, and I was just freestyling and dancing with other dancers and she just came up to me and told me that I should ‘never stop dancing’ and that I would improve. I got plenty ginger from there and the next week I dropped a video, Burna Boy posted it on his story and it was a huge boost for me. What I’ll tell anyone that wants to give up is that they shouldn’t think about themselves lowly. Everybody is going to die so if you want to uplift your family, name or talent, don’t think about the challenges, if you really have a passion for what you do- just go for it!”

At a time where everybody is looking for money, many are discouraged to follow their passion. On this, Soft advises everyone to still do what they love. He says,

Speaking on the impact TikTok has had on his life, he tells us,

“I have open teeth and I used to be very insecure about it when I was younger but TikTok has actually helped me reduce some of that insecurity. I got okay posting pictures of my face even though I don’t really like taking pictures because I feel like I’m not fine. I grew with it, but it’s reducing a lot because of TikTok and people asking me to post a video because they love my smile” Soft tells us that absolutely anybody can become TikTok famous. He dishes his secret as he tells us,

“For anyone to become TikTok famous, you have to be smart. You have to know what your fans and followers want so that you can also get closer to them. I love interacting with people and meeting new people. It’s good to interact with your fans and followers. For example, I can make a video and ask, ‘Do you want part 2?’ and it depends on the number of comments to know that they like that type of content” This strategy is one that we can see working quite well for Soft and his growing fanbase. Not just on his social media, but also with his comedy and music!

He exclusively told Aura Magazine that he has something cooking up for later this year with Bad Boy Timz! We can’t wait to see what he has in store.

“I don’t deal with negative comments, I don’t even pay attention to what they’re saying if I get to see it. It’s not relevant to me” is his advice on dealing with people that give negative comments or want to discourage people from their dreams.