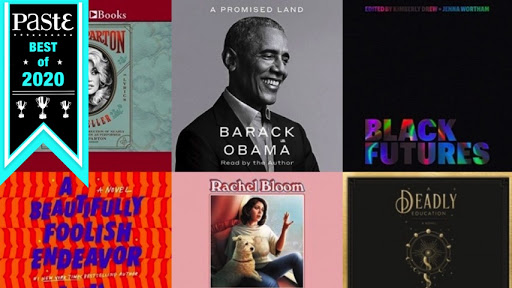 Looks Like Audiobooks Are Replacing Paperback As The Next Best Thing

If you love to bury yourself in books, fiction or not. chances are you have tried several alternatives to reading a book

If you love to bury yourself in books, fiction or not. chances are you have tried several alternatives to reading a book — There are eBooks, audiobooks, and my personal favourite –prints (paperbacks and prints).  Of these three pillars of book forms, audiobooks are the least popular of them all, but recently, the tables have turned, and audiobooks are becoming increasingly popular and the public’s favourite.

There are audiobook apps which allow you to stream the books you love, also some of these audiobooks are uploaded on a website where you can easily have access to it. The most interesting determinant of the acceptability of these audiobooks are how they are narrated. Contrary to popular beliefs and myths, “some random computer voice” doesn’t narrate them. Rather, the books are narrated by humans who go as far as acting as the characters for your listening pleasure.

To bring light to audiobooks and how amazing they are, we asked people for their audiobook experiences. Read on to follow the experiences of these people.

Tomike: Loves to read historical books and the fantasy genre
I recently decided to try audiobooks, not because I wanted to but because of peer pressure. I was thinking I would be disappointed and was expecting some robot voice, it was quite surprising to hear a non-robotic masculine voice. It was a very pleasant surprise, might I add. I don’t think it will beat actual reading though, nothing can. But I will surely try it again and this time, it won’t be from peer pressure.

Angel: Interested in books in the romance genre only.
My favourite part of audiobooks is basically one of the many reasons why audiobooks were created— the narration. I once read or rather listened to It Ends with Us by Colleen Hoover on Amazon, and I loved it! I liked how it was narrated. It voiced out the words in my head the way I wanted them. They also included sounds of objects which I found fascinating. For example, when a phone rings, I hear it ring. When a plate breaks, I hear it too. That isn’t something you can experience with prints, and that’s the special part of it.

Kiki: Reads anything and everything
I decided to try audiobooks with high hopes. It was the only thing I had not tried. I have read paperback books, and eBooks, but never listened to an audiobook. People said nice things about it and when I decided to try it, my first thought was, ‘Omo, wetin be this?’ because who heard this thing and thought ‘wow! This is great. Audiobooks are good.’ The book I listened to was Pride and Prejudice by Jane Austen. I had read the book before, and audiobooks didn’t do it justice. I didn’t like how it was narrated or voiced, it sounded like whoever voiced it was forced to do so while someone had a gun pointed at her. I didn’t like it, simply put. But I haven't totally lost hope in it yet.

Nene: Enjoys reading paranormal novels
I made the silly mistake of listening to an audiobook written by a Chinese author. This meant the book contained some Chinese words, and one thing you don’t want to hear while listening to a Chinese written audiobook are mispronounced words, and there were lots of them.  The book I read was Daughter of the Moon Goddess by Sue Lynn Tan.  It’s a great book, really, but whoever chose a non-Chinese as the voice artiste for the audiobook made a big mistake.

Kelechi: Loves to read young adult and historical fiction
Many people think you are not reading a book or getting the best experience if you use audiobooks, but I think they are wrong. Listening to audiobooks is still reading a book, and this is coming from someone who only read hardcopies at some point. I enjoy listening to the narrator speak, especially when it’s a historical British book. The narrator tends to change their tone and dialect to fit whoever is speaking. I listen to audiobooks on Spotify. I was quite surprised when I found out Spotify had audiobooks. Currently, I’m listening to Little Women by Louisa May Alcott on Spotify, and I enjoy it and I’m loving the experience.