Some Of Our Favorite Moments From 2022 AMVCA

Best Moments From 2022 AMVCA That We Love 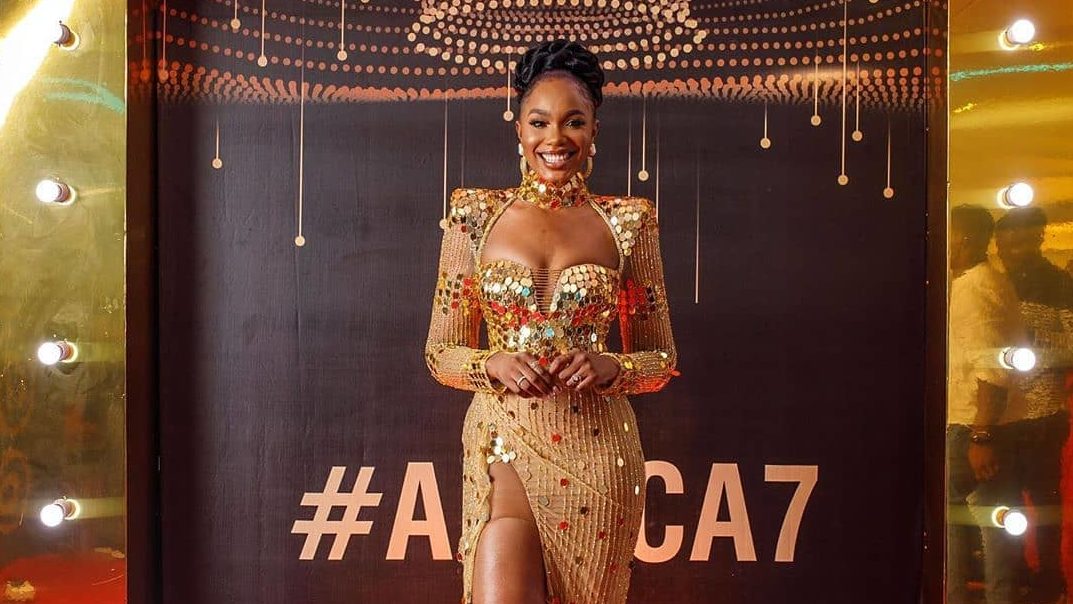 The Africa Magic Viewer’s Choice Award (AMVCA) kicked off its 8th edition in Lagos, Nigeria. It is a prestigious event where the continent creatives gather to give recognition to Africa's finest movie stars, directors, screenwriters, content creators and media professionals. The annual award show is presented by Multichoice in recognition of outstanding performances on television.  It was all glitz and glamour on May 14th, 2022, where we celebrated some of the finest actors and creatives in Africa and brought to the spotlight their masterpieces. Emotions were high as there were laughs, tears, and awe over the rich cultural and over–the–top fashion.

While every moment of the event was memorable, some especially stood out and I can’t get them out of my head, and I wonder if we share similar views. Here are some of my favorite moments from the Africa Magic Viewer’s Choice Awards. 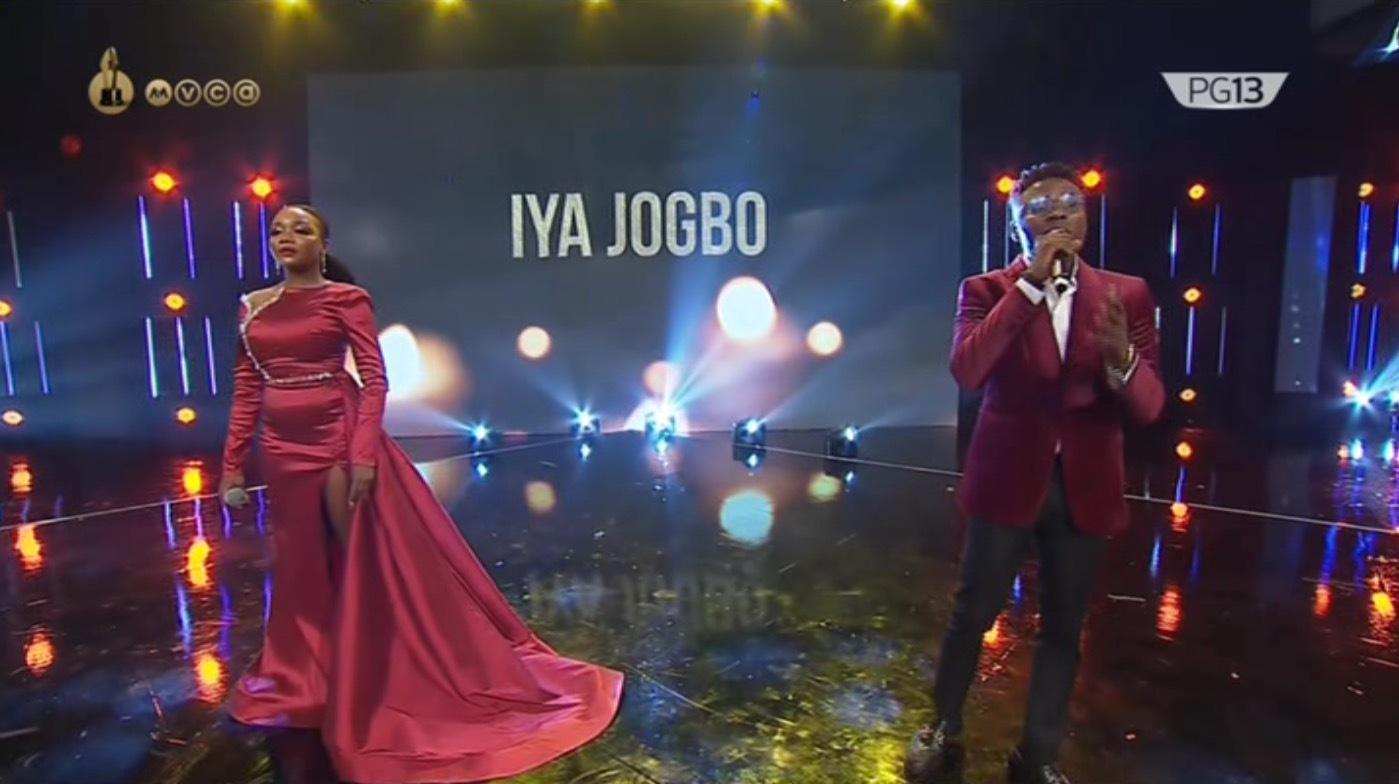 I love how Kingdom and Akunna were given the chance by the AMVCA to again remind the world of the talents of vocals they possess. The singing was powerful and dedicating it as a tribute to lost African heroes had a grappling hold on our souls. The duo performed Beyonce’s “I was here” and displayed a presentation with the names of the departed, although, I did think the name would have been better accompanied by pictures.

Osas Ighadoro winning the best actress in a drama. 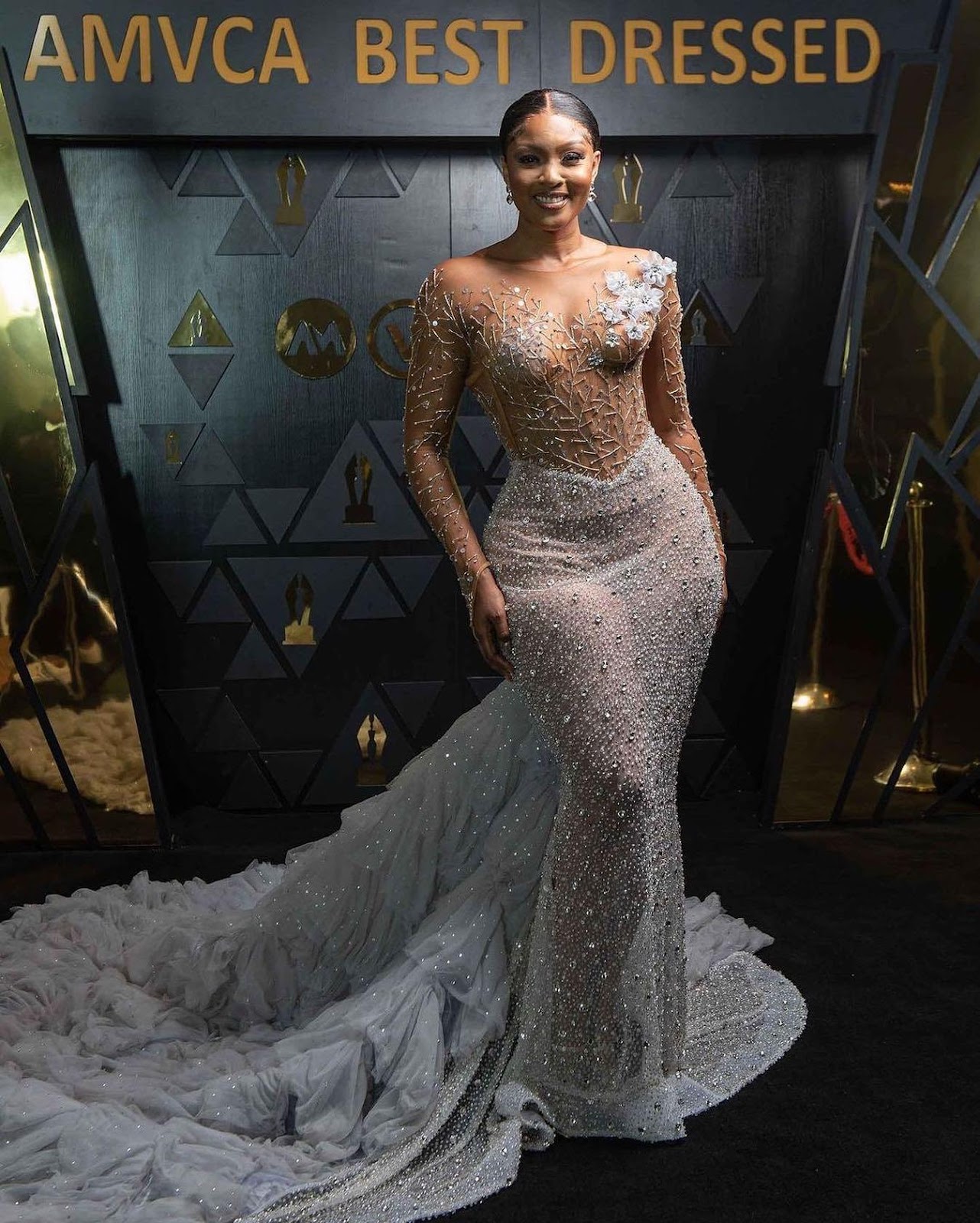 No, this isn't making the list because I am being biased. (Maybe a little) But a striking moment from Osas Ighadoro's win that got everyone talking was her award speech. But first, let’s not stray from her outfit which won her “best dressed female”. Ighadoro graced the carpet with a silver and gold laced flowing evening dress with a ruffled train, she topped the look with an elegant nude makeup, a ponytail, and a pair of dangling earrings.

In addition to her recognition as 'Best Dressed Female,' Ighadoro also won the 'Best Actress in a Drama' for her role in Rattlesnake: The Ahanna Story, she expressed her gratitude to God, friends, crew, and her mother whom she mentioned had passed away towards the premiere of Rattlesnake: The Ahanna Story. It was an emotional award speech and to end on a light tone, she pointed out that her daughter Azariah should be in bed and not watching her. Word reaching us is that Azariah, was in fact not in bed.

Fans have taken to social media to express their love and affection for the actress. This is also Osas Ighadoro's first AMVCA award. 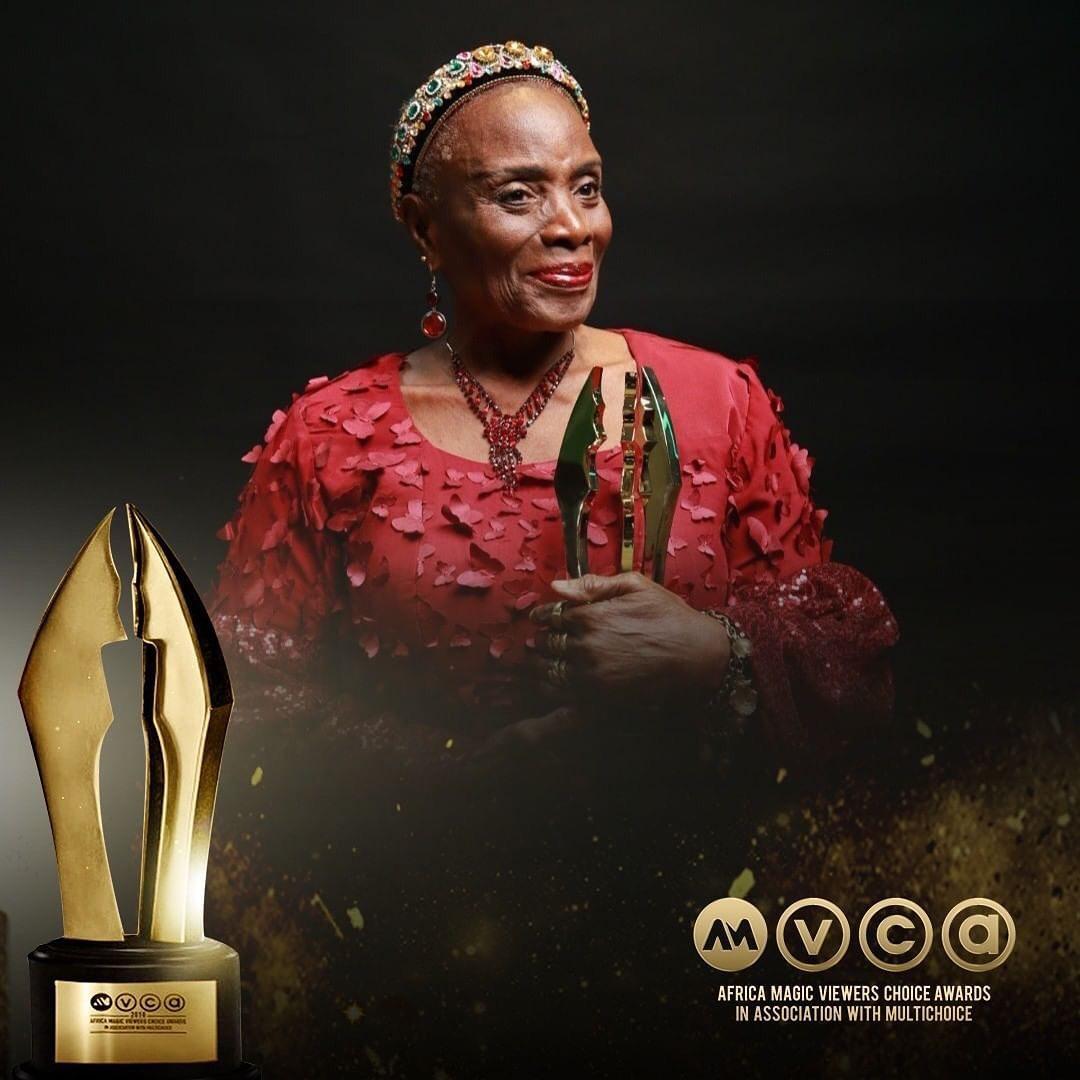 It was a special moment as the legend, Taiwo-Ajai Lycett went home with the Industry’s Merit Award.  Before she was presented with her award, we went down the memory lane of the iconic actress' accomplishments; From her acting debut in December 1966 in Wole Soyinka’s two-act comedy ‘The Lion and the Jewel’ to being the first editor of African Woman Magazine in 1970 and her role in award-winning Nigerian soap opera 'Tinsel' and a lot more notable Nigerian film.

The award was presented by the incredible veteran actress, Joke Silver, and seeing the two beautiful and phenomenal women on stage was a sight worth seeing! 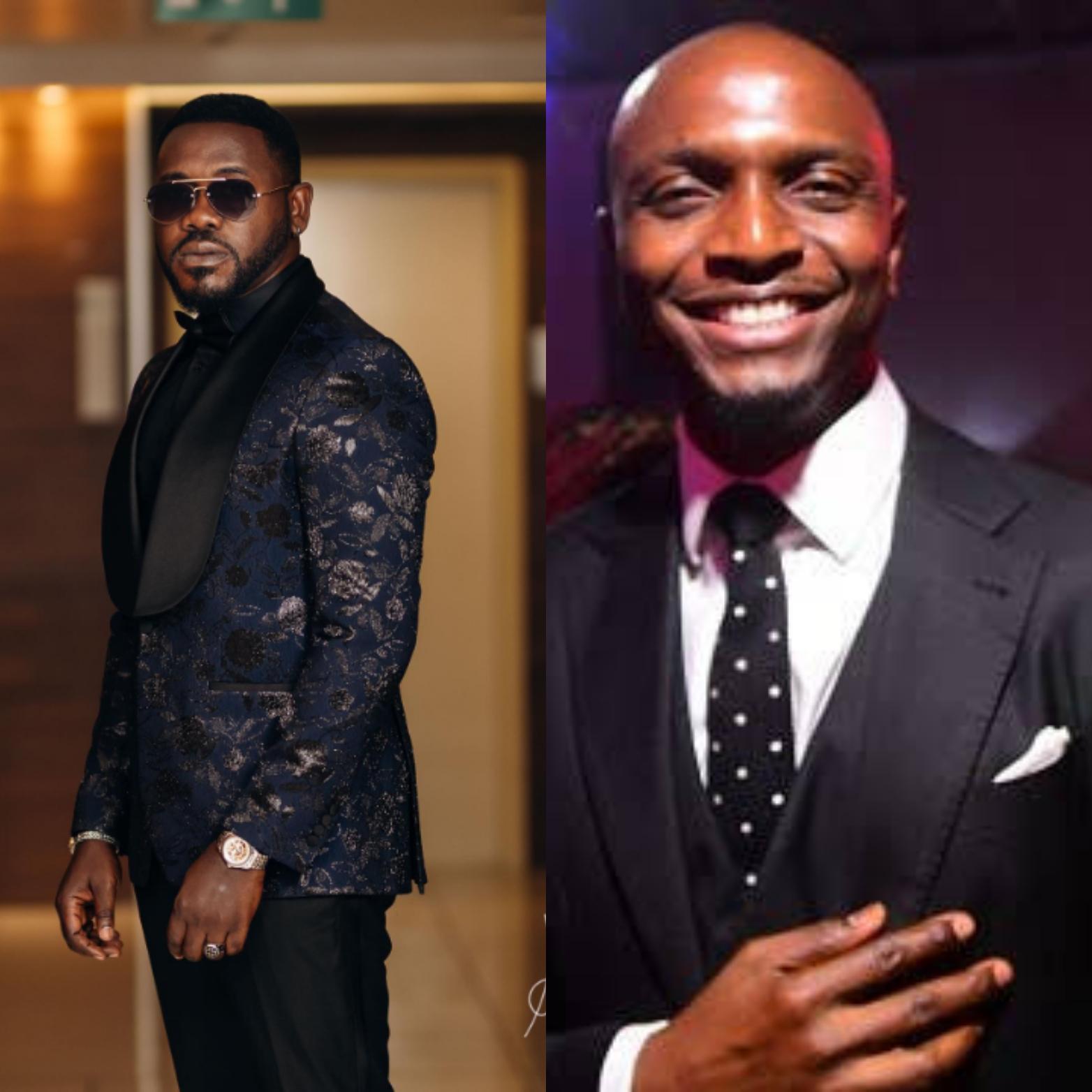 Of course, the highlight of the moment was Deyemi Okanlowon pulling the 2022 Oscar’s Will Smith on IK. It was clearly a well-rehearsed re-creation of the 'saga' between Will Smith and Chris Rock in the Academy Awards (Oscars).  It all started when Ik Osakioduwa, the host of the AMVCA, said the Covid-19 pandemic brought out the ‘hustling spirits’ in some actors and mentioned Okanlawon. The actor was seen walking towards the stage, with a thunderous expression, but before he could make it to IK, the security pulled him away. It was a hilarious moment to excite the audience and it did just that.

Although, there are many, these are a few moments I find notable of mention.  Did your favorite moments make it to the list? Let us know!