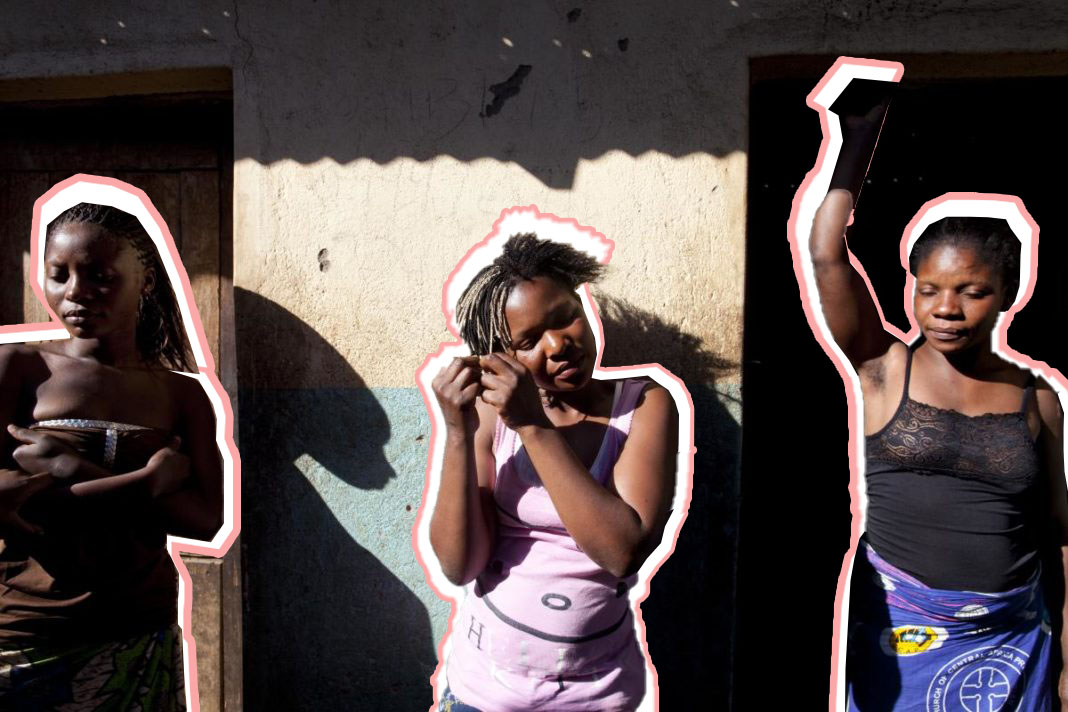 What Life Is Like For A Sex Worker In Africa

You're probably thinking that sex work is a job like any other, but what's it really like to be a sex worker in Africa? Are the stereotypes true, or is there more to the story?

Every part of the world has sex workers. In fact, it’s often joked that it’s one of the oldest professions in the world. Unfortunately, many people still call and identify sex workers with derogatory names and condescending titles because they are very often seen as being on the wrong side of morality. In most African countries, the job of a sex worker is regarded as a prideless and obscene occupation. Women who identify as sex workers are often stereotyped as jobless, uneducated or without value which is why they throw themselves into the pockets of anyone able to afford them. Ironically, these sex workers never seem to run out of customers from the same society that throws stones at them.

In a survey of commercial sex workers,almost two thirds or about 63% mentioned that they started commercial sex work before the age of 19. A majority of them (63%) work from brothels and some have taken a different approach using social media and dating applications like Badoo, Bumble and Tinder .Due to the negative public perception of commercial sex work, 88% of workers operate in cities far from their childhood home.

What Are the Working Conditions Like for Sex Workers in Africa?

It's not easy being a sex worker in Africa. You have to put up with a lot of abuse and mistreatment from clients, police, and others in the community.

Sex workers often have to work in dangerous conditions, and they're often at risk of contracting HIV and other sexually transmitted infections. They also face a lot of stigma and discrimination, which makes it difficult for them to find other jobs.

Many sex workers are forced into the trade because they can't find other work, and they're not given a choice about what they do. The conditions they work in are appalling, and it's time for this to change.

What Are the Risks Involved in Being a Sex Worker in Africa?

It's not easy being a sex worker in Africa. You face a lot of risks, and it's tough to get by when you're constantly living in fear of being arrested, assaulted, or worse.

Whatever the case may be, life as a sex worker is hard. You often don't get paid what you're worth, and you're constantly at risk of violence or disease. But you keep going because you need to survive.

Sex work has no gender
First of all, all sex workers are human beings.
It is necessary to reiterate this because we often do not respect the dignity and value of sex workers the same way we act towards other people. Sex workers are brothers, sisters, fathers and mothers of people who are barely looking out to survive and they fall under the full spectrum of sexuality.
For most people, when they think of sex workers, they think of females.
While the majority might be the case, sex work is fillwed with all kinds of people! Men, women, and those in the LGBTQ community all engage in sex work, it is not meant for one specific gender.
In some countries, it’s more typical to see women at the side of the road and alleys, calling attention to potential customers more than it is to see men or queer people. However, sex workers don’t need to be on the roadside in this day and age, they can simply register on apps and make life easier for themselves!

Sex workers are not protected by the government or society
Sex workers in Africa are rarely the subject of fundamental human rights no matter the kind of abuse they may suffer.
In some South American countries, sex workers are identified with ID Cards, asked to pay tax, and are protected by segments of the law which safeguard their wellbeing and health. However, In Africa, where sex workers are seen as people without any sense of virtue, they often suffer discrimination, torture and abuse. It is because of the absence of law guarding them that a hundred of murdered sex workers are often buried without any promise of justice from the long arms of the law.

Sex workers are deprived of justice
In Uganda, Nigeria, and Kenya where the rate of sex traffickers are high in number, it is not unusual to hear of sex traffickers being objects of sacrifice for occultic rituals and sacrifices. As alarming and overwhelming as this might seem, the government turns a deaf ear to the cries of the plight of these group of people.
During the Covid 19 lockdown in 2020, an association of sex workers across Africa spoke against their government for neglecting them in the dispensation of Covid relief materials among workers in their countries. Because they have little to no rights, they are pushed to limitless ends to pursue their daily bread. Sex workers are often asked to do inhuman and offensive acts whenever they are patronized. Some of them suffer this mental degradation and it triggers an aftereffect of psychological trauma.
Most often,women who are thrown into harem of trafficking are sex workers who suffer kidnapping, abuse, torture and murder. They are major victims of these acts because people identify them as objects that don’t deserve to be treated with emotion.
Based on the estimates of the United Nations Interregional Crime and Justice Research Institute, about 8,000–10,000 women of Nigerian descent practiced prostitution in Italy between 2000–2009. Cross-border commercial work also resorted to re-instating child trafficking for sex. A Nigerian envoy in Côte d'Ivoire noted the frequency of adolescent girls among Nigerian commercial workers in Abidjan.

Most sex workers have clear and cut rules
You might be surprised to know that sex workers are organized and are sustained by their own policies. While these policies are not enforced by any particular organization, it is not unusual to see individual sex workers recite their rules or policies before they are patronized.
This might include a certain part of their body that is not to be touched or a sexual act that they cannot perform. Some of the rules they make are as a result of traumatic experiences and inhumane acts of violence that they’ve experienced with customers. Considering that people often identify sex workers with derogatory names such as the popular slur ashewo, these rules help sex workers combat the stereotypes they are often associated with alongside their need to be separated from abuse and objectification.

Society is more dangerous than sex workers
There are millions of stories to show that sex workers are often victims of society.
The same society that points fingers at sex workers are the same ones who ostracize them and commit shameful acts in private. Sex workers are open and clear about the transaction between them and the customer. However, we find the same society keeping quiet about pedophilic neighbour who brushes his crotch against his neighbors’ daughter. They keep quiet about the uncle who finds no remorse in pinning his nephew down for some “unconventional wrestling movements”. They keep quiet about abuse and rape that happen in their homes and spit in the face of sex workers.
These five points may be depressing, to say the least, but even in the darkness, there is still a ray of hope.
In some countries, the plight of sex workers are turning to voices and segments of feminist movements and human rights associations that have unified to end the oppression and abuse.
Recently, In Zimbabwe, sex workers performed some community service and cleaned the dirty slums. In Zambia, the sex tourism movement is a testimony of how the government can make attraction and profits from recognizing sex workers as valuable members of the society.
In Africa, it is good to know that sex workers are no more hiding in the shadows and they are beginning to find confidence in themselves.

The society that ostracized them did not count on their will to thrive amidst difficult circumstances. As long as they are not breaking any law or bones, sex workers are no different from you or me!