From fashion, to film, to music, and even to photography, we have witnessed the skyrocketing growth of young Nigerian creatives 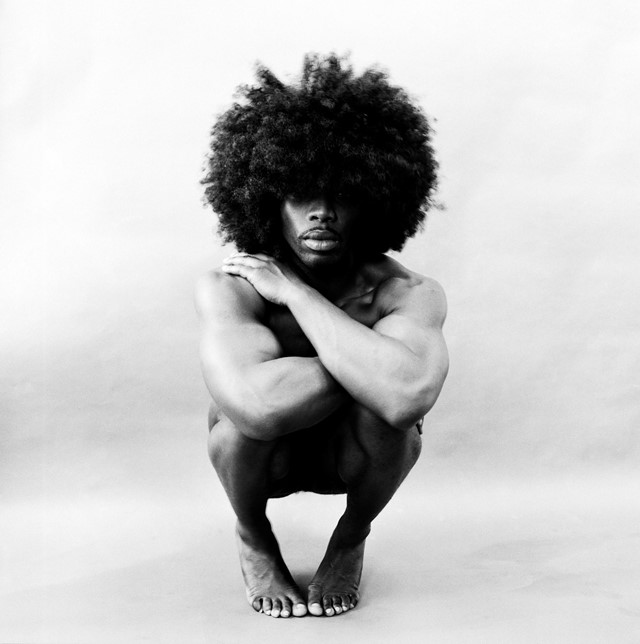 In recent times, Nigeria has undeniably proven to be one of the most progressive countries in Africa. From fashion, to film, to music, and even to photography, we have witnessed the skyrocketing growth of young Nigerian creatives endowed with some of the best talents, poised on challenging existing societal and cultural norms. Explicitly in fashion photography, we have gazed at the conscious act of some Nigerian photographers encouraging expression beyond limits.
When we think of fashion, it reminds us of a means by which anyone can make their feelings and thoughts known. But as sweet as the term 'expression' sounds, in a society like Nigeria, men are still faced with thousands of expectations to be fitted in. Men are still enclosed into certain gender roles unfairly every day, and the moment and try to smash the manhood box, they are humiliated. By diminishing toxic masculinity and by being defiant of stereotypes surrounding men, we unleash the power for men to construct their own identities, and hence amplify diversity in the fashion space.
Fashion designers like Adebayo Oke-Lawal, CEO and Creative Director of Orange Culture, and Papa Oyeyemi, Fashion Designer and Creative Head of the Maxivive Group of Fashion Brands, are some of the creative brains behind Nigeria's most-talked-about fashion labels using their fashion designs to embrace gender fluidity. While we celebrate these fashion designers for setting the pace, we cannot leave out the photographers who have also dedicated their art to channeling a fresh perspective into how masculinity is perceived in Nigeria and Africa at large.
AURA caught up with four of these photographers to talk about the reasons why they are using their expertise in photography for the cause of redefining masculinity and some of the challenges they've encountered on this journey.

IKENNA IDEH
Ikenna Ideh's journey into photography is quite relatable. A young man who left his full-time job as a Construction Manager, to landing an internship role with one of Nigeria's biggest wedding photographers, Bedge, and then to finally working out his fashion photography dreams.
"I grew up in a Christian conservative setting where there's a belief that a man should act like a man: absorb pains, hide your feelings, you don't cry because if you do, you've lost that notion of being a real man. And through the church, you're not meant to dress in a certain way. I want to change that toxic masculinity by creating photographs of men in different costumes, dresses with hard emotions, and poses to follow up," Ideh tells AURA.
Ideh's cultural zeitgeist has made him a regarded creative partner in the fashion industry. His work has been included in magazines across the globe from GQ to Vanity Teen and Nataal Media, through fashion campaigns for Emmy Kasbit to Nkwo and then to Rick Dusi.
"Most people don't always see this as art, but rather as something to mock and talk about. Sometimes, sourcing for androgynous dresses is quite hard because most of the designers don't want to use their brands to be shown in such light, thereby removing the inclusion they are quoting all over the media. My opinion: Men should be free to express themselves. Men should be men."

MICHAEL OSHAI
"Photography for me is telling real and true stories. The narrative that there is only one type of man is false. We are different, and I think that should be highlighted. I won't say I intentionally decided to change how masculinity is viewed, I'll say I choose to just tell stories that are authentic to my person and history and background. You can always win when you are authentically yourself."
Michael Oshai is a self-taught photographer who has already established a career for himself. Just two years into the start of his career, the Chicago-born creative has worked with fashion labels ranging from Orange Culture to Tokyo James and Emmy Kasbit. Furthermore, he has shot celebrities like Oscar-winning actor, Daniel Kaluuya, Naomi Campbell, and Melina Matsoukas. Definitely not bad for a self-taught photographer.
"God so good, I haven't had any trouble that I didn't know how to handle. The most common is people not believing in the concept or being scared of what people might say. To me, that's just anyone limiting themselves. I make sure when selecting a team, we share the same goals and vision, that’s why we are winning over here.”

RACHEL SEIDU
Rachel Seidu is a visual artist and a storyteller who is using photography as a creative medium to showcase the beauty in black skin and African culture while opposing Western culture and its influence. She delivers photographs that are futuristic and aesthetically satisfying while incorporating certain elements of digital photography like shadows and double-exposure, featuring models with very natural unnatural beauty.
"I believe photography is a powerful storytelling medium. Unlike reading a book, photography is actually all in your face. It's also important in humanizing people because a majority of Africans believe queer folks are the devil's spawn and you know what the supposed image of the devil is. Also, it's for history's sake."
Speaking on the challenges she has encountered, the 23-year-old creative says: "Some of the challenges I've faced are receiving a lot of backlash from people that do not know better, especially on Twitter. People will quote your tweet and say nonsense about it, but I honestly don't care. The main goal isn't to re-educate, it is to show that queers are here and they exist."
JIMI AGBOOLA
Jimi Agboola is a photographer and film-maker born and raised in Lagos, Nigeria. Inspired by what he perceives as the unappreciated beauty of the male form, he uses black and white portrait photography to capture fearless models, embracing full nudity in a bid to further address issues surrounding identity.
“My work is inspired by what I perceive to be the underrated beauty of the male form, I love to tackle issues of social, cultural, and sexual identity in my work. There are so many limitations around these parts about what it means to be a man. It’s so limiting and frustrating, and I feel breaking these boundaries is necessary to free people and help us get closer to a place where people can be as expressive as they would like to be. It’s also really interesting work to make along the way.”
When asked about challenges he's encountered, Agboola says: “Thankfully, I think we are growing and living in a society that’s a little more progressive than it used to be, so my work is a little more accepted. But I believe there’s still so much to be done, which is why the work we are doing is so vital.”