Here's a question that has been making rounds and each gender swears it's the other but low-key knows they are in the same circle. The million-dollar question is who handles rejections poorly? Men or women? Some might say men are terrible with rejections (which of course, isn't far-fetched) and others will beat their chest that it's 100% women. But from the title of this article, I guess you might already know who sits on the throne. 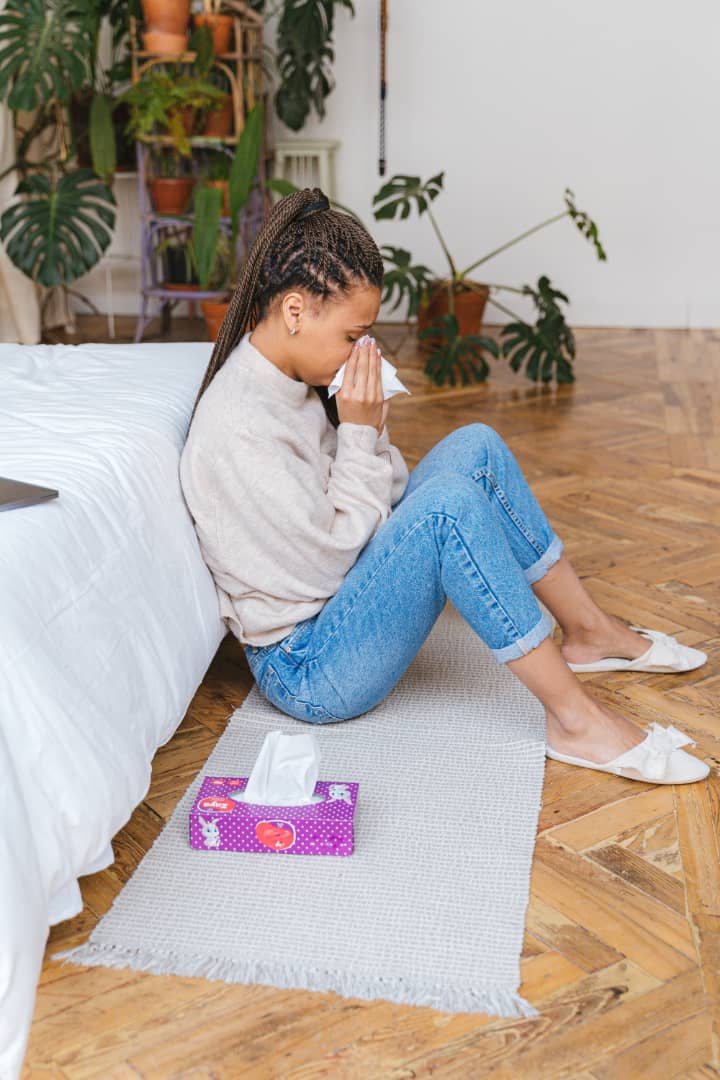 Here's a question that has been making rounds and each gender swears it's the other but low-key knows they are in the same circle. The million-dollar question is who handles rejections poorly? Men or women? Some might say men are terrible with rejections (which of course, isn't far-fetched) and others will beat their chest that it's 100% women. But from the title of this article, I guess you might already know who sits on the throne.

I'm always online, scrolling through the streets of social media. And here's something infamous about this madhouse—There's always a story about relationships. Whether it's finding love after a very long time, talking about red flags, showing relationship struggles, or our personal favourite, 'chopping breakfast'.

Everybody on social media is always talking about relationships but what about the part who handles rejections or breakups poorly? In today's edition of life and love, we met up with some ladies and they gave us reasons why they think women handle rejection poorly unlike men and they are pretty interesting too. I mean, there's a reason why women hardly walk up to men and shoot their shots. Even the thought of saying the charming but dreaded 'I like you' is enough to give us anxiety.

The second million dollar question is, do you think so too? Dive right in to read these women's stories and find out!

Tade, 23: We get very Insecure

I am a very shy person and introverted too. The thought of talking about relationships with a guy I'm not exactly close with is enough to drive me back to my shell. If there's anyone I like, I just swallow back whatever feelings I have cause God forbid I walk up to a man and tell him 'I like him' and ask him out. But somehow, I couldn't keep my feelings in for this guy in my department who I became close friends with. Let's call him 'T'. T was smart, very sweet, gentle, and thoughtful— everything I love in a man. To make things worse, he was extremely nice to me; always asking me what I want, if I'm okay or hungry. Those things were the bare minimum but enough to make butterflies dance in my belly. But, I couldn't tell him I liked him.

What I did though was use style to ask him what his type was. We were talking one night and I stylishly asked 'What kind of girls do you date anyway?' He didn't take me seriously and then I said, 'I mean physically oo. Don't come with that she has to understand me talk.' But when he agreed to tell me, I regretted asking the question. T said he liked girls that are curvy or 'slim thick' and pretty too. I looked at myself in the mirror and I felt like I was everything but what he described. I wasn't the prettiest and I had fat in all the wrong places. So, I respected myself and swallowed my affection, but it gave me long-lasting insecurity about my body.

I know I brought this upon myself and trusted someone so much to the point of not finding any joy in anything when they leave. But this is me telling my story so I can completely heal from it.

I met a guy during a night party and we immediately clicked. He was cool, spoke really well, and smelled good. So when he approached me, I gave him back the energy I got. Which were vibes on vibes. We talked a lot after the party. I got to know a lot about him and he got to know so much about me. So our relationship was cool. I liked him and it was obvious he liked me back but I didn't want a relationship and by the looks of it, he didn't either. But our texting led to seeing each other when we had the time, then making out, and eventually having sex. So we had this 'situationship' going on. We never labelled ourselves or put a name on what we had. But when I decided I should be open about my feelings for him, I asked him what we were. Stupid, I know. And he replied, 'aren't we just giving?'. Two weeks later, my friend sent a picture of him kissing another girl. To me, it wasn't just a picture but a message. He was telling me there's nothing between us. I felt rejected and I took it badly. I went to nightclubs a lot, smoked, drank, and smoked lots of weed. I really went wild because of a man. By the time I got to my senses, I'd done so much damage to myself mentally and emotionally, and right there, I decided I'm never asking a guy the 'what are we' question and never trusting someone to that extent.

This might not be common in all women but it happens to me and it's something I'm not proud of since I shame men for the exact same thing.

The one time I got rejected by a man was the last time I'll ever ask a man out and ever make him think I like him if he hasn't made a move on me. The last time I asked a guy out, I got rejected and I insulted him. I admit that was very low of me, but in my defence, he prompted it.

I built up the courage to ask this guy out. I wouldn't have done so if he didn't lead me on or give me green light like we were in traffic. But I asked him out and sincerely, I wasn't expecting to be rejected cause he made it seem like he liked me. Worst case scenario he could have said 'No.' But instead, he laughed and said, 'What made you think we could be something and we could date' I knew he said other things but that's the only thing that was ringing in my head. I felt embarrassed and extremely insulted. So, my body reacted when my head was still blank and I verbally abused him. I pointed out his flaws, insecurities, and all the wrong things about him. I went home and insulted him more while my friends listened. It was a low blow from me but I don't regret it. I'm happy I brought him down from his high horse. But, I'm never confessing my feelings to anyone so this rejection and embarrassment won't happen again.

Doyin, 24: We completely shut down and get depressed

I never handled rejections well. When it came to school projects, contests, and job applications. I'm also a writer and that means your pitches getting rejected on a daily. Anytime I get rejected, I feel extremely down; like I've lost in life and I get this feeling of never wanting to do anything ever again.

I got rejected by someone who was really close to me. We were friends but were occasionally flirty and talked about each other's sexual life and experiences a lot. I guess he was telling me things like that because we were super close but I was telling him things like that because I liked him and maybe even fell in love with him— Because who wouldn't?

Then I started dropping hints that I liked him. Made lots of flirty remarks, did stuff that I wouldn't do before, and was totally different with him. He seemed to have gotten the message but his reply to it was 'Doyin, we are very good friends and I love you but not in that way. So don't do this to yourself and our friendship. Just stop.' I played it off and laughed. He introduced his girlfriend to me the next day and that's when I knew he had a girlfriend. I told him they looked good together, but for the entire month, I cried a lot. Couldn't eat more than one meal a day, and didn't want to speak to anyone or work. I just soaked myself in my bed with blankets. I felt lost, depressed, and angry, went off social media and didn't speak to anyone until I could at least gain back my appetite.

Francesca, 20: We get low self-esteem

My experience was really fun and at the same time, heartbreaking, embarrassing and insulting. Until a guy makes the first move, I'm never telling him I like him.

I told a guy that I liked him a lot and he left me on read. It's been 6 months now, I think and he hasn't responded. I thought maybe there was something wrong with his phone but I still see his status. That's the worst part, he didn't block me. Just read the message and exited my chat cause he can't be bothered with me. Lmao.

I had very low self-esteem because I thought if I was as pretty as the other girls he dated and was of the same status as them, maybe, just maybe he wouldn't have embarrassed me like that by ignoring my confession like I was nothing. Basically, telling a man you like him and getting rejected brings embarrassment and low self-esteem. Now, I have completely lost confidence in myself because of this event.