Are Relationships Less Excluisve Than Marriages? 7 Nigerians Share Their Opinions

Today, we hear what others have to say about this issue and hopefully get more insight on what exclusivity means and its place in relationships and marriages.

In our last discussion, we talked about the concept of exclusivity and how it defines romantic relationships. Ultimately, in the course of the discussion, we got to the point where it became apparent that the best answer to this question is not a one size fits all kind of answer. As our faces differ, so do our approaches to salient issues of life. Today, we will see through the eyes of 7 individuals their opinions on exclusivity in  marriages and relationships..

“Honestly, expecting exclusivity is kind of like trying to escape reality sha. People will always cheat even if they promise heaven and earth, especially men. I’m not married, but in my relationships, I was cheated on multiple times and I even had some married men approach me for knacks. It’s a crazy world we live in. I’d be deceiving myself if I say I expect a man to be faithful even if he promises to be.”

“Personally, considering the home I grew up in and other families that I knew as a younger person, I’d say marriages are more exclusive. I grew up super religious and the level of commitment and marital transparency I witnessed was quite admirable. This is something I see myself committing to when I’m married.”

“I owe no one exclusivity at this point in my life and I don’t expect to be owed the same. It’s a free world.”

“I feel like because of our culture in this part of the world, we tend to be pretentious. In the West for example, there are Polyamorous movements that celebrate and uphold the tenets of polyamory (romantic relationships between more than 2 people at a time). The existence and widespread acceptance of such makes it easy for people to gravitate towards their kinds. There are relationships in places like America that involve 4 persons, I’m telling you, some even cohabit, like just imagine a house with two men and women living in it and they are all in a relationship with one another. That’s why when a white person tells you he believes in and commits to exclusive relationships, be it marriage or whatever, they mean it with their full chest. But here, your man will be promising you that you are the only sugar in his tea, whereas he has 2 side chicks, the same is even the case with married folks. I think it will be better for us to be truthful to ourselves and so what works for us, so that those who are ready for exclusivity will find their match.”

“I really don’t know o…I think I’m on the fence on this one.”

“I’m not ashamed to say that I have cheated even when the promise was to be faithful in my relationships, but I believe things will be different when I’m married, so my marriage can be one more reason why relationships are less exclusive than marriages. I don’t even know if I’m making sense.”

Everybody’s experience is different, but I’ve been fortunate to have been in relationships where cheating didn’t really happen. Personally, I don’t like to share and I don’t like to be shared. I love the idea of just having my own person and having them give back the same energy and my close friends, many of them have had similar experiences as well. I guess I have been attracting the same energy I give.

If I were to compare my experiences so far with many marriages I know, I’d say marriages are less exclusive actually. Because I feel there is something about marriage that brings see finish and comfortability, people just relax and stop trying and this leads to many issues. 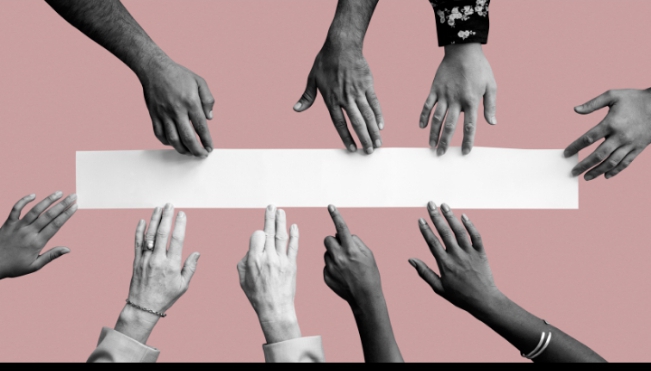 The above responses have further underscored the point I highlighted in the first part of this article: that the answer to whether or not relationships are less exclusive than relationships would ultimately depend on each individual - their intentions, experiences and general outlook on life.

As the author of this piece, I have my own sentiments, but my need to rely on strong facts makes me second guess – maybe if I were to take a statistical approach to the question, I’d be able to give a concrete answer and call it a day.

But away from the statistics, away from facts and figures, one thing is very apparent, not all humans crave exclusivity, and this boils down to what it is that defines a good relationship for each person. In the long run some can find fulfillment with just one person, while some need two, three or fifteen- it’s a matter of preference (or curiosity, lust, greed) so, instead of trying to measure which is less or more, how about people stay true to who they are and do what works for them.