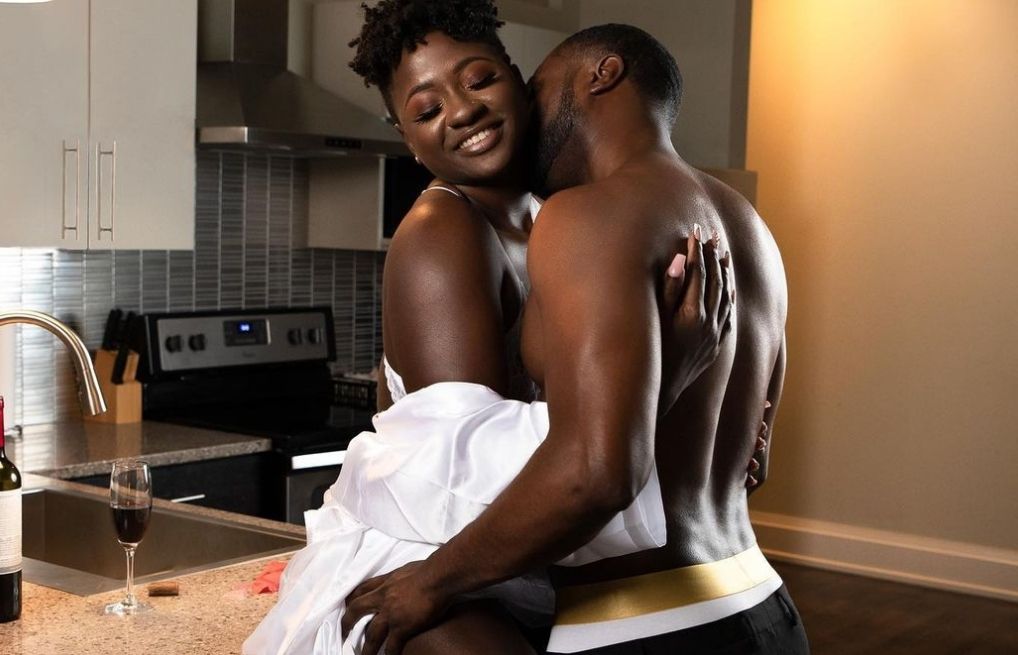 Should Sexual Intercourse validate A Relationship?

Is sex an emotion in motion? Sex is believed to be an act of physical pleasure that involves a romance between two genders, should sex determine a relationship.

Mae-West, an American stage, and film actress once said, “sex is an emotion in motion”. Sex is believed to be an act of physical pleasure that involves a romance between two genders. It is also known as lovemaking and it is said to be far beyond physical connection, it creates and maintains a bond for persons who are soul deep. Some persons will no doubt argue that having sexual intercourse automatically makes one a boyfriend/girlfriend most especially if such person is a Nigerian; many Nigerians believe that sexual intercourse validates a relationship and this has in many ways led to breakfast, (heartbreak), for them and it has also affected the ways of livelihood, cultural norms and practices, and religious beliefs. One should agree that having sexual intercourse does not automatically makes one a boyfriend/girlfriend, obviously because a person can have sex with another person without having any prior relationship with each other, and a person can be sexually attracted to another person without the interest of being committed, the bond a person derives from sex is not certain; it might bring about a positive or negative result which might lead to loss of interest after sex.

Moving on, sexual intercourse is initiated through attraction, affection, and most especially sexual urge that a person had towards another individual, most individuals find it hard to blame their inability to control their sexual urge which is the feelings from the urge to gratify sexual impulses. Human libido is said to be influenced by: biological factors such as testosterone and estrogen levels, psychological factors, such as stress levels, and social factors such as intimate relationships. This sexual urge is usually difficult to control for most people which is sure to eventually lead to unplanned sex, not that it gives the right to rape, but rather it brings about sexual intercourse without any prior relationship or agreement of mutual interest but of course, it includes both parties consent. Relationships such as friends with benefits (FWB), quickie at a club, meet and smash and many others are all shreds of evidence that both parties' consent is always included except that there is no prior relationship or mutual feeling/interest, why then should sexual intercourse validate boy/girl friendship?. Nobody should feel entitled to boy/girl friendship when all they had was sexuationship, the moment an individual agrees that all he/she had was a sexuationships, they will be able to avoid (breakfast) served to them. Although it is possible to feel a sense of attachment after having sex with someone you weren’t really that interested in because Oxytocin is believed to be released into the body during intercourse; a hormone which is linked to ‘positive social functioning and is associated with bonding, trust, and loyalty. In as much as sex urge is not easily avoidable, nobody has the right to blame the other party for not feeling the same towards them, instead, they should control their urge next time, that way, one will be able to avoid being heartbroken.

Furthermore, the thought of a person being committed to us has in many ways clouded our judgment of sexuationships and the likes. Some Nigerians believe that once you’ve had sexual intercourse with them, you should be committed to them all in the name of sexual pleasures, money benefits, famed, and pride. Sexual urge happens most when you’re sexually attracted to someone and if eventually both parties meet and agree on having sex, does that bring about boy/girlfriendship. Although a person might end up falling in love with the other person haven had sexual intercourse but that does not warrant being blamed for not feeling the same way towards the person simply because there was no agreement of emotional or mutual feelings, and feeling attached to such person was obviously due to the sexual intercourse that both parties initiated without any other mutual interest except sexual attraction, money benefits, and the likes. The moment we stop to consider the aftermath of sexuationships, we might be able to stop our hearts from being shattered. Many people would agree that sexual intercourse can occur without any intention or interest of dating not to talk of legally marrying the person, why then do they find it difficult to agree and understand that one cannot be blamed if the result of the aftermath of sexuationships is not positive?

Also, bonding is one of the major results we get from sexual intercourse; bonding is the establishment of a relationship or link with someone, based on shared feelings, interest or experiences. Has anyone ever stop to think that as much as bonding is one of the major result we get from sexual inter course, there might be no bond at all? Some of us, haven’t believed that sexual intercourse brings about bonding even after being assured that this person does not have any feelings or affection for us except sexual pleasures, money benefits and others, we tend to coerce our victim into being sexually aroused which is sure to result to sexual intercourse. This sexual intercourse might not result to positive bonding like we always dream it to be, it might be negative; a person can hate you even after having sexual intercourse with you, probably because you’re not sexually proficient and inability to please a person might bring about loss of interest and negativity in bonding. The moment we know this and have it at the front of our mind that breakfast is bound to happen, there is high possibility that we don’t feel heartbroken instead we get strong-hearted.

In the end, everyone has either been in a relationship,situationship or sexuationships and we should all agree that sex does not automatically validate boy/girlfriendship in the sense that we all had interest or reasons for indulging in sexual intercourse without prior agreement. This brings about the story of a girl who at the point of penetration asked a boy, “what are we”? at the point of penetration. Immediately, the boy got turned off by that question because his interest and reasons for wanting to have sex were obviously different from the girl’s intention and eventually they had to clarify things and stopped sexuationship from happening. We should all know that not every person will be able to control the urge or feel turned off at the point of penetration and if such victims can’t control the sexual urge they might tell lies just to have their way, so, let’s try and clarify things with our partners before anything so as to avoid breakfast