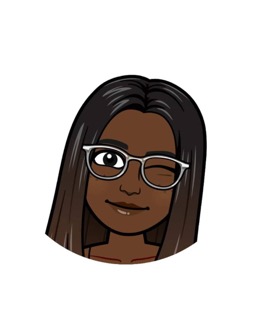 How did Elizabeth start this journey? Elizabeth says, "Entering into university, and getting into relationships, I had to start learning all these things on Google because there was nobody to talk to. I was reading a book about vagina and other sex ed topics and just like that, I grew interest in the topic of sex education, and I just started to talk about it bit by bit on my whatsapp status and now it is what it is. But what really inspired it is that I wanted to learn for myself. I was new to it and I came from a conservative home. So I was learning from Google and there was a lot I did not know and so, in order to let other people know, I started to share.  My type of person is once I know something, I want to share that info too. So that's how it started."

On how she has been able to navigate teaching sex education in a conservative country like Nigeria, Elizabeth explains that she doesn't put her face to the brand and as such a large number of people don't know the face behind the brand. This is also largely owed to the fact that someone had also reported her to her parents so that she could get a scolding. Her friends who were also on the conservative side questioned her reasoning as well and even told her that she's promoting nonsense.

"There was a time my best friend said, "you won't be doing this sex education thing forever, right? And I was thinking about it but right now, I don't plan to stop. I'm doing deep. I'm going in fully. My best friend is cool with it though. My parents don't exactly know what I do. They are just aware that I talk about health which I think is enough as sex education is a branch of health education. My audience doesn't know my face and as such, I can walk down the street like a normal person."

With time though, people have gotten more comfortable with talking about sex, unlike when she started two years ago. Elizabeth also agrees that the fact that she and many others had set the precedence of confidently talking about sex whilst leaving shame in the bin has enabled more people to explore their sexuality.

Elizabeth continues to do her own thing as the rewarding truths from her work makes everything bearable for her. She enjoys teaching people about these information they usually have no idea about and that has been her motivation. She explains that people are usually shy and uncomfortable about talking about what ails them sexually but people easily open up to her  because of the career path she has taken.

"Being able to help people in private is very rewarding for me. People you don't expect; celebrities and whatnot open up to me and it makes me happy that I can offer solutions to what they need. The trust that people have in me blows my mind and I don't take that for granted."

With creating content on the internet especially with topics revolving around sex comes a setback such as annoying and disgusting messages from strangers. "Some people think because I talk about sex online, I must be a sex freak or something like that. They drop nasty comments. They don't even know my face and they are comfortable with dropping their dick pics. This happens regularly, almost daily. They always say they want to sleep with me and I'm like, "are you people okay?" So I keep reminding people that being a sex educator doesn't mean I'm a sex freak or hypersexual. It certainly does not mean you should send pictures of your privates to me."

Another setback for Elizabeth happens with her romantic relationships. "When my partners get to know about what I do, most of them draw back. When they don't draw back, they believe that I must be very good in bed because I post about sex and they are always too eager to try sex with me but I'm not that kind of person."

Elizabeth further explains that she doesn't mix her personal life with what she does.

Elizabeth has had to discuss some controversial topics as a sex educator based in Nigeria and one of those topic which is Consent. According to her, "consent is not supposed to be controversial but Nigerian men are easily triggered by the topic of consent. Telling men that a woman visiting them is not consent to sex triggers them. They ask, "So why is she visiting me then?" They also expect to be rewarded with sex because they've taken a woman out on a date. Consent should be what everyone practices but it triggers them."

Consent is not only the controversial topic Elizabeth has had to deal with. The issue of LGBTQ+ is another bone of contention. "People are usually a bit tolerant of lesbians when compared to gay men and talking about LGBTQ+ openly have gotten me a lot of backlash. People are like 'you must definitely hate men for you to be supporting LGBTQ+' so I get a lot of backlash on this.

The concept of virginity too is another controversial topic for me. Telling people virginity is a social construct and is not something that defines someone, that the hymen is not a proof of virginity and all of that might sound like the normal thing to know but people still get triggered so it's also controversial."

Even though Elizabeth centers her teaching on sex mostly and not relationship advice or coaching, she needs people to understand that sex, sexual health and happiness are huge aspect of relationships. In many cases, sexual issues are leading causes of divorce and separation amongst couples. "Sex is a bridge for couples and it takes trust and emotion connection to open yourself sexually to another person."

Where does Elizabeth then see her brand in the future? This question, she answers with, "Long term, I would love to have an office; a place where people, young adults especially can walk into for advice on sex related issues. I want to create a non-judgmental safe house for young adults to come and express their concerns. There's usually nobody to talk to and I want to bridge that gap. I want them to be able to ask about contraception, STI related issues and many more. The place will keep their information confidential so they can feel as safe as possible. I want to be able to put my face to my brand later in the future so people can walk up to me, talk to me about their problems and get solutions in person. Some young adults even find it difficult to talk to medical professionals because of the risk of being judged so I really hope to have that institution where they have access to medical professionals that will give them judgment-free advice."

Finally, Elizabeth advises anyone that plans to toe the sex education path. “Anyone that wants to work in the sex education field has to be confident. Know your stance. People are going to misinterpret and assume things about you therefore know what you are doing. People think talking about sex must be easy but it's deeper than that. I'm currently running a certification and it's so deep. I learn new things everyday. There are people that are pleasure centered. Some work on anatomy. There's a lot more on sex education. Get a certification so that you can stand out.”