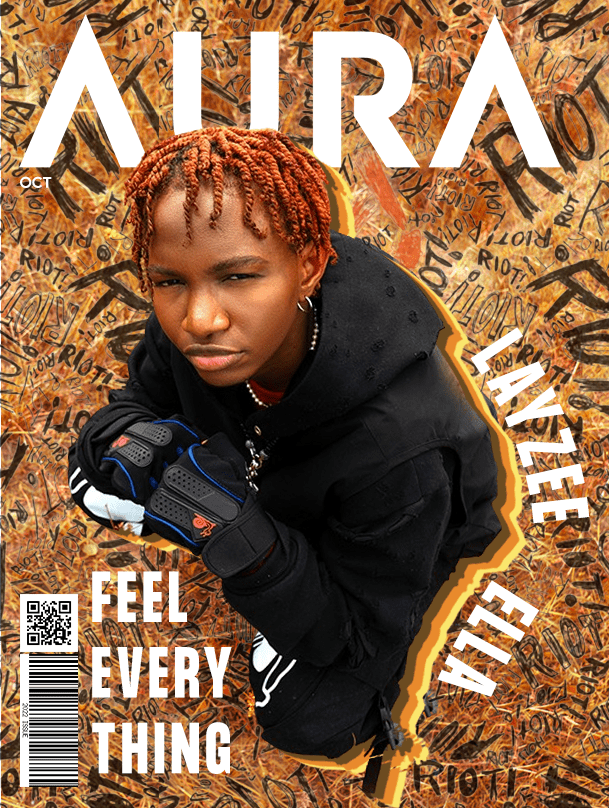 Just when you think there can’t be any more diversity in our music talent pool, someone shows up and knocks your socks off. Layzee Ella is the new Queen on the block and we’re here for it all!
The more we get to know her and her music, the more we get the impression of slowly unwrapping a gift box, with the best parts yet to be revealed.

Layzee Ella is as formless and as versatile as water- she thrives and shines in any genre, she cannot be boxed and she’s tirelessly committed to making an indelible imprint on the industry.

The enigmatic question though is, what is an introvert doing in a highly extroverted industry?
Usually, the background of many people tends to determine their adult transitions. Layzee who grew up alone and in a library is the most appropriate definition of an introvert. Yet, she has delved into a career that will constantly put her in the spotlight and in the midst of a crowd. When questioned about her coping mechanism, she answers;
“I used to have social anxiety, that was like last year or last two years. But, I guess I’m getting used to it.”
Music has always been a part of Layzee’s life. She started writing music at the early age of 8 and has since then formed a life long friendship with making rhythm of hers.
Her most recent project is an album she describes as “different and emotional” and the album’s title speaks for itself. Feel everything is expected to deliver on a myriad of emotions but largely fun-filled early romance emotions.
Layzee Ella is a force to reckon with and hopefully, the music industry is ready to have a paradigm shift genre wise, personality wise, energy wise, and talent wise.
When asked for her vision of herself in 5 years, her answer is fluid with the certainty and confidence of an achieving and relentless person.

“I will just be really huge. I hope for sure that I would have made a mark internationally. But that's just something that I would say I could achieve in a year but apart from that, I just know that I’m going to be really huge.”
We had the pleasure of talking to Layzee Ella , getting to know a little more about her world, childhood, interests, passions and most importantly her music and her creative processes. Most of all, we got insider news on the “Feel something” EP.

I’m intrigued by Medusa and I’m curious as to what inspired it, could it be that you’re into greek mythologies?
The song really has nothing to do with greek mythologies. I just wrote about someone who was having
a great control over me and I had to run away from, cause I realized that I was getting manipulated so I
left the situation. Khaid heard my verse and he came up with the hook by himself and was like this
should be Medusa and that did it for me, I was like yeah, exactly!

You've often talked about music being your escape from reality, can you talk more on that

Yeah, as a child, I grew up alone and locked up. My parents were already done having kids when they had me. So, I didn ‘t really have anyone catering to me or listening to me, I was always alone. There was never any one around and my oldest sister was already in school, my mom left when I was five, my brothers were never really at home. I was always locked in the library so I read and wrote a lot and writing music just grew on me. I would constantly write about my loneliness and how I was feeling. So these days, if I feel something…in my relationships, if I feel like I’m not getting the energy I expect, I wouldn’t complain, because I shouldn’t have to teach anyone how to love me if they really do, so, I just write about it and probably ghost.

Growing up in a library, do you think this played a part in shaping you into the introverted person that you are?

Yeah, but the thing is when I first tasted freedom I actually was very excited because that was when I went to boarding school and stuff. It wasn’t freedom per say, it was just away from home. It was actually very exciting. But then I saw the world for what it really was, I saw the dark side of the world and it scared me so I concluded that the libarary was safer, hence, my choice on introversion. So yeah, the safety the library provided me played a part in shaping me into who I am.

You’ve spoken on how your music is yet to be tagged in a genre, do you still think that way? If you could describe your music genre, what would you say it is?

It would be very hard o, because if you listen to what I have that is unreleased right now its completely different from anything I’ve put out before, asides this EP, also future sounds that I'm making.

Lovely, can you talk to us about this EP?

It's completely different from what I have right now because I've changed a lot from who I was then, to who I am now. Who I was then was very emotional and shit. But right now, these days, I’ve just been really happy and excited. So I'm making more up tempo shit and stuff like that. Cause I know something about myself - it's who I am that determines what comes out to me from you. The next release and next song I'm going to drop in will be way different from this so I can’t really say what my genre is, I can really make anything funny enough.

What was the first music that you ever did or write?

I was eight or seven? I do remember the song and it was about love and I wasn’t even in love. But I had a crush in primary school then.

This EP coming up, what should we expect from it? What’s it called?
It’s called Feel Everything. Yeah, cause I'm an emotional person so I encourage everyone to feel things and not put a hold on it. Don't let your brain control you, just let your heart lead sometimes and just feel everything.
So it’s like different moods basically. I just put like seven different moods because all of them will make you feel different stuff. All of them would give you a different feel, in every single song.

So how many songs do you have on it?
7 tracks.

When is it dropping?

It drops in September. They are love songs, but really happy love songs and it would give you this fresh, you know the excitement you get when you first start falling in love, it will give you that. One of them is very, very sexual.

Oh! I look forward to listening! What's the story behind your stage name "Lazy Ella.

It was a nickname in secondary school because in boarding school then, I wasn't used to labour, so I always used to hide from it, they would never see me there, no matter where they sent me. The other day, I got missing and they were like this girl you are so lazy and there were about 7 Ellas in my set so it just stuck.

I commend the creativity behind that. What are your motivations towards life and towards your music?

YOLO. You Only Live Once. So I always remember that and how short life is and stuff. It gives me every reason to work hard so I can live as much as possible before it’s my time to leave. A lot of people have lived but there are only few people who are being celebrated even after their death. I want to be one ofthose great ones.

You seem very well read. Obviously, you grew up in a library. What would you say, like, off the top of your head are your favourite books, also favourite authors?

If we're talking novels, I like Daniel Steele, because then her books used to make me cry. I love how she doesn’t put an effort to put a happy ending in her books, so its just how it is and that's how life is. There's one of her books called Accident, that’s like one of my favorite books that I can never forget. I like Nora Roberts, cause I like romance and stuff. Who else again, Dan Brown, cause it gets kind of dark.

He made me stop being religious kind of actually. I actually stopped being religious really early and part of it was Dan Brown and then I got in contact with Jehovah’s Witnesses and I’m like Ok this Christianity, it’s not really united, what’s up, what’s up. I’m really spiritual but then religious? nahh, I’m not.

Hmm... So, music. How has your journey been like so far? How would you describe your journey?

It has not been straightforward. Ups, downs, ups downs, but like, every time I go down like the next up is always bigger than the last, I don’t know if that makes sense. So basically I’m moving up, just that it's not straight. I’m just learning and stuff. I’m progressing.

What would you describe your childhood as, given that you grew up in in a family that they didn't really have the space for a last child?

My childhood led me to train myself because nobody told me anything about life, nobody prepared me for anything about life. Everything in my life that I do, I figured out myself. It makes it kind of difficult for me to take advice because like I'm not used to it. I’m used to always making my own decisions. I don't know, it's a bad thing, but it's also a good thing because it makes me it harder to manipulate me.

So, you're at a point in your life where you've gained independence and you’re well on your way to actualising all your dreams, what is support like from your family?

The good thing about my family is that they accept me anyway that I come. They accept the fact that I'm making my own decisions and stuff and that I'm my own person and that they don't have really have any say, they could drop their advice but they can’t really make me do anything. So they just like appreciate who I am, who I’ve become and who I’m growing into.

Music exposes you to lots of outside activities, how do you deal with that as an introvert?

I’m just getting used to it because at some point, I used to have social anxiety, that was like last year or last two years. And when people come in contact with me having seen me online and stuff, they’re usually like, “oh wow, Lizzie you’re so quiet.” I usually don’t know what they are expecting. But, I guess I’m getting used to it. I'm getting used to coming outside and showing some of my indoor energybecause when I’m indoors I can be kind of lively and noisy but when I’m outside, I’d be like “oh my God”, but I’m getting used to it.

So, what do we expect to see from you moving forward? Say in the coming years?

You guys are going to see creativity at its max. That’s something I know for sure. Because I am very creative. I intend to express myself all through my journey and with every different content you receive from me, you just see a different part of me . You see I am also my own creative director. So, you’ll see all that soon.