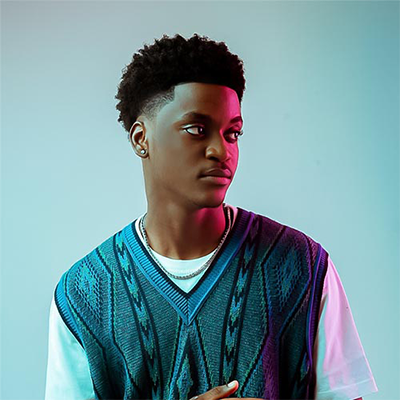 Michael Ojoko Halle, professionally known as Kamirly, is the latest superstar kid in the fast-growing Nigerian Music scene.  Born in January 2005, the 17 years old wonder kid is ready to take the world by storm with his musical talent (amongst other talents in his arsenal) as he announces the upcoming release of his debut single which is an Ampiano infused record titled “High Level Banger” on November 10th.

The song which was produced by the Hit Record Producer Yung Willis is inspired by the Nigerian multi-award-winning Black Diamond; Wande Coal.

On this record, Kamirly relies on modish Amapiano rhythm (a trendy South African genre that combines deep house, jazz, and lounge music and is characterized by synths, airy pads, and wide percussive bass lines) accompanied by his unique, rhythmic vocals to score deserved points on this song.

According to Kamirly, “I wanted my first single to be special, and I think this song is something special, it's different and I can’t wait for the world to hear it. I’ve got a lot in store for my fans, but they’ll have to enjoy this one first''.

Besides Wande Coal, Kamirly’s sound is inspired by some of the greatest Africans to ever do music, including Burna Boy, Wizkid, Davido, Timaya, 2Baba, Fela Kuti, Tems and Rema. On the international scene, music from Drake, Future and The Weeknd deeply inspires him.

He is currently signed to MMR Records as he sets his sights on becoming the next African kid to become a global brand. Kamirly is also heavy into fashion and is looking to showcase that side of himself in the nearest future, as he says, “The World should Watchout,  Kamirly is Coming”.